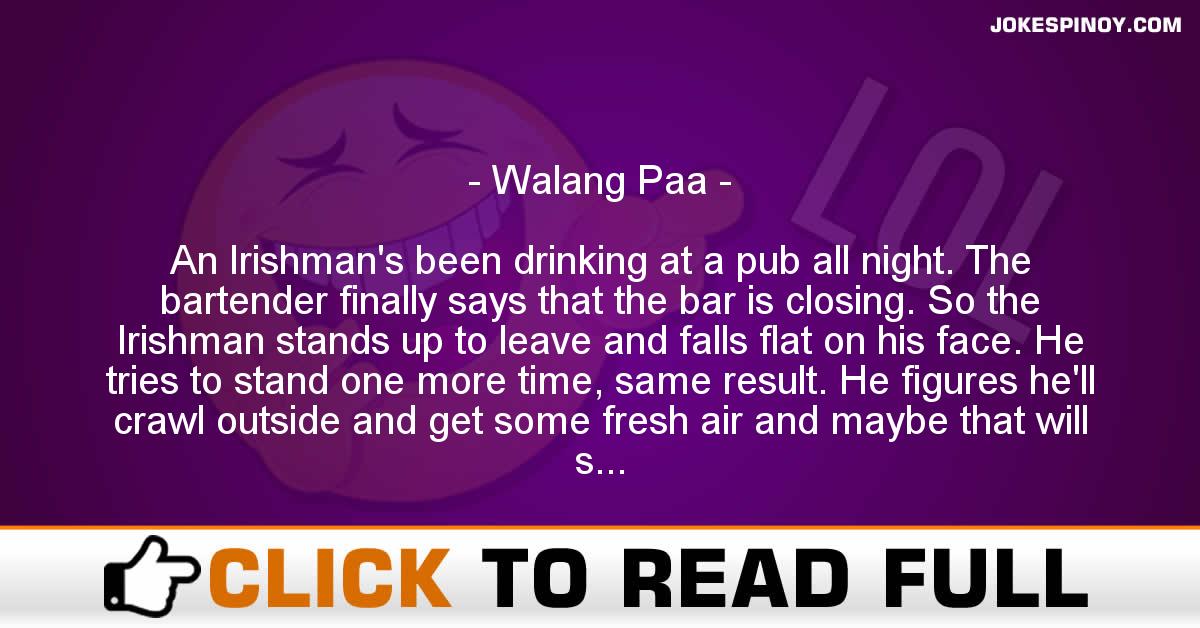 An Irishman’s been drinking at a pub all night. The bartender finally says that the bar is closing. So the Irishman stands up to leave and falls flat on his face. He tries to stand one more time, same result. He figures he’ll crawl outside and get some fresh air and maybe that will sober him up.
Once outside he stands up and falls flat on his face. So he decides to crawl the 4 miles home and when he arrives at the door he stands up and falls flat on his face. He crawls through the door into his bedroom. When he reaches his bed he tries one more time to stand up. This time he manages to pull himself upright but he quickly falls right into bed and is sound asleep as soon as his head hits the pillow.
He awakens the next morning to his wife standing over him shouting at him. “So, you’ve been out drinking again!!”
“What makes you say that?” He asks as he puts on an innocent look.
“The pub called, you left your wheelchair there again.”