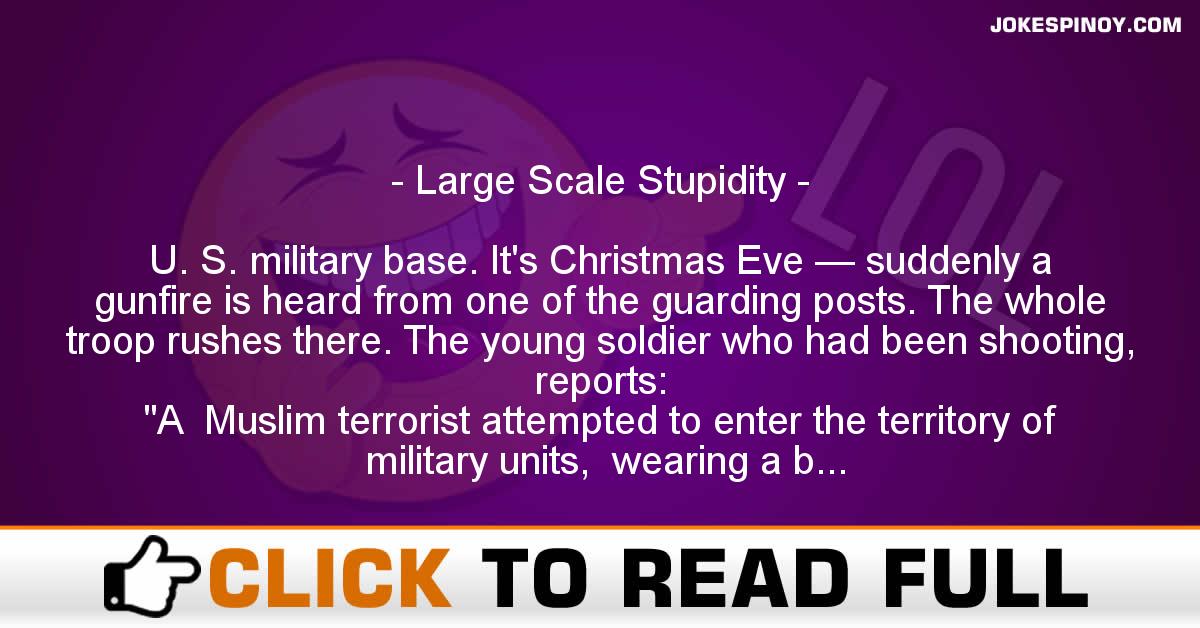 U. S. military base. It’s Christmas Eve — suddenly a gunfire is heard from one of the guarding posts. The whole troop rushes there. The young soldier who had been shooting, reports:
“A  Muslim terrorist attempted to enter the territory of  military units,  wearing a bag and long white beard. Well, I took him down…!”
The troop commander goes to the corpse, turns it around with his foot and says:
“Because of the idiots like you, private Smith, Santa Claus hasn’t visited us for the third year in a row…”