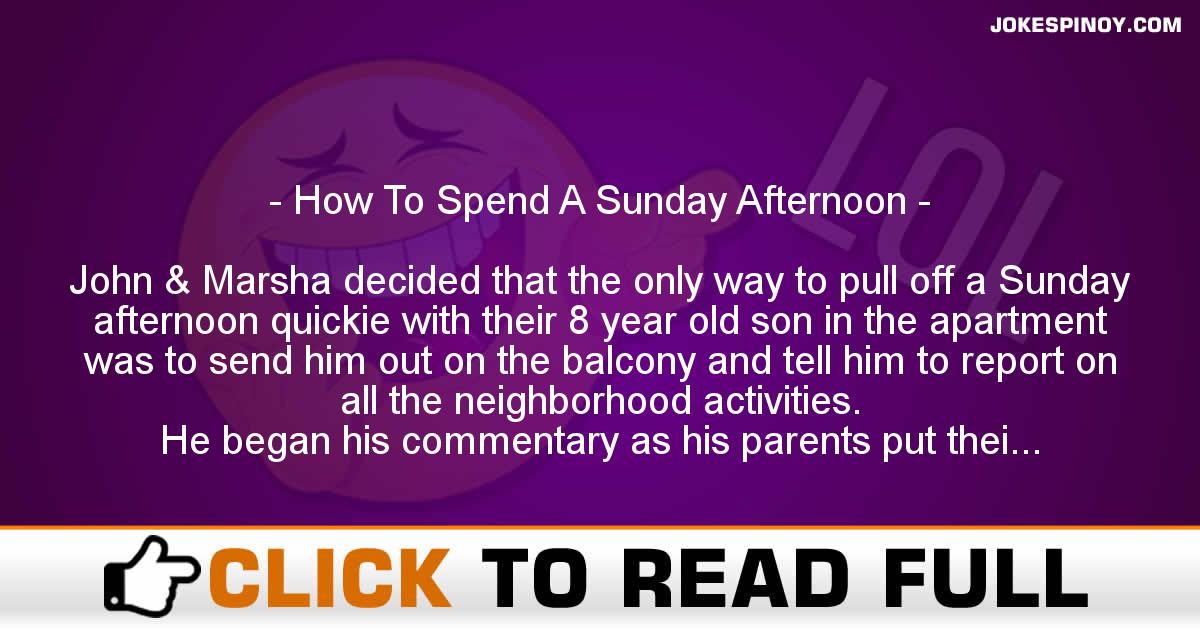 John & Marsha decided that the only way to pull off a Sunday afternoon quickie with their 8 year old son in the apartment was to send him out on the balcony and tell him to report on all the neighborhood activities.
He began his commentary as his parents put their plan into operation.”There’s a car being towed from the parking lot” he shouted.
A few moments passed “An ambulance just drove by”A few moments passed. “Looks like the Andersons have company” he called out.
“Matt’s riding a new bike”
“The Coopers are having sex!!”
Startled, Mother and Dad shot up in bed!!!
Dad cautiously asked “How do you know they are having sex??”
“Jimmy Cooper is standing out on his balcony too”