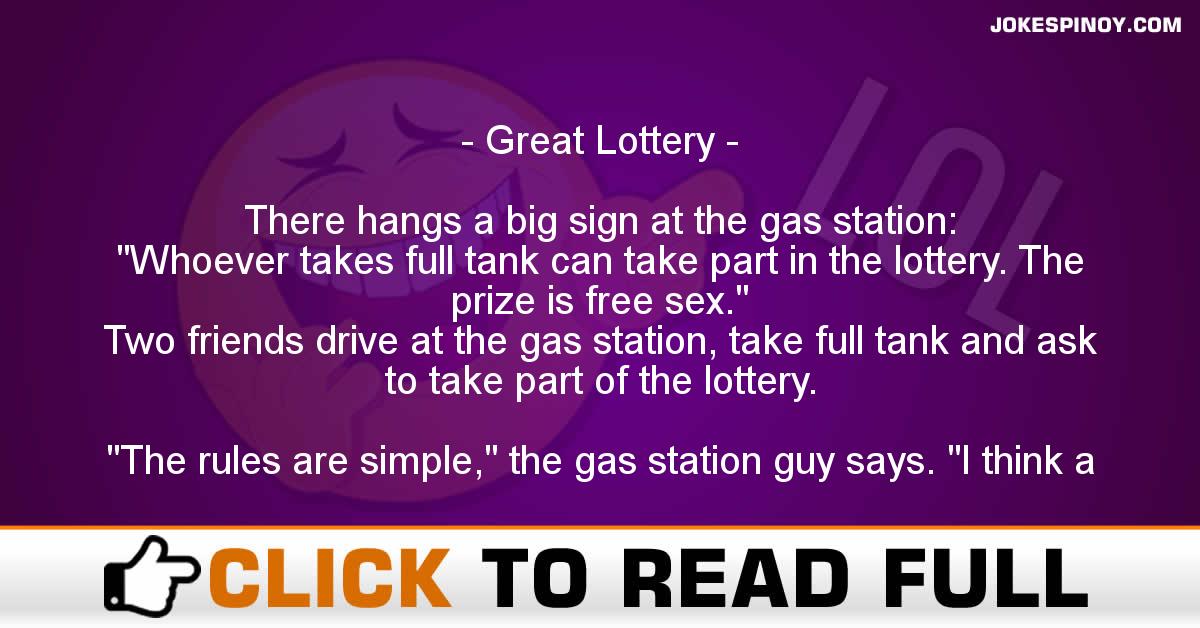 “The rules are simple,” the gas station guy says. “I think a number from one to ten and you have to guess the number.”
“Seven!” says one man.
“Wrong! I was thinking of two.”
Two weeks later the men are back. One of them tries his luck again, supposing three.
“No luck again. I was thinking of five. Try again next time.”
Two friends drive away.
The one who guessed says to his mate:
“You know what I think? The guy is just a crook.”
“No, he’s not,” argues the other. “My wife won twice last week!”