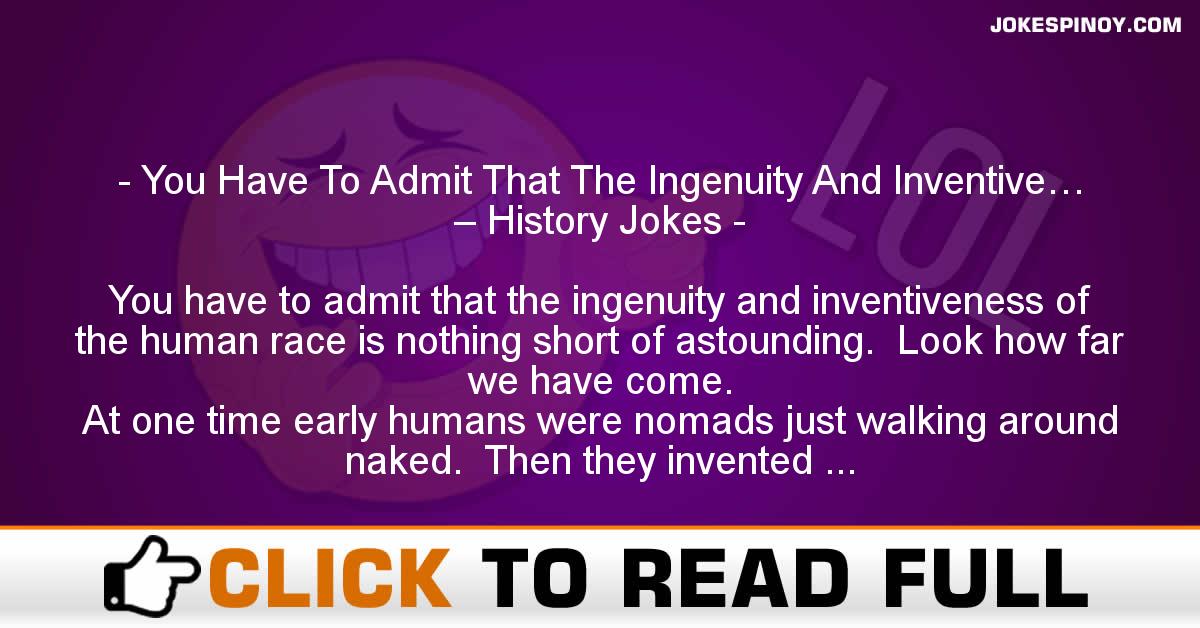 You have to admit that the ingenuity and inventiveness of the human race is nothing short of astounding. Look how far we have come.
At one time early humans were nomads just walking around naked. Then they invented clothes and learned to build dens in which to live.
Then we discovered the wheel and learned how to make tools. Then came farming and organised civilisations.
Eventually we had the industrial revolution and machinery. Then we learned to fly and invented TV and radio.
Then computers that were quicker than any human brain.
Then came the invention of the internet, the super highway of information that enables people all over the world to sit and watch other people er… walking around naked.