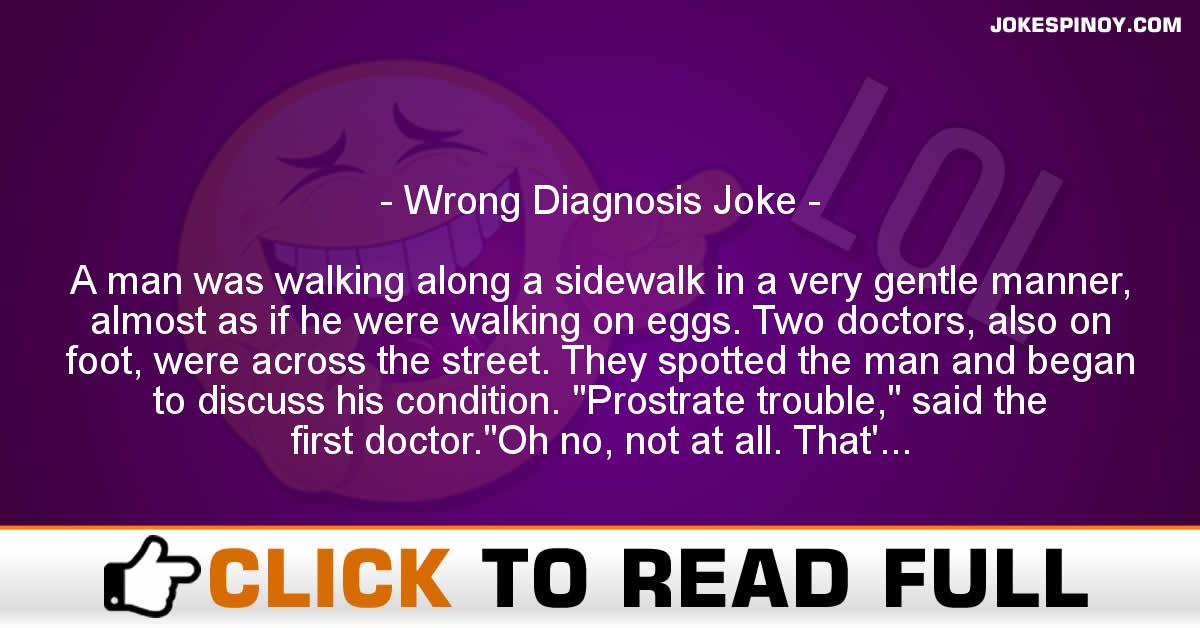 A man was walking along a sidewalk in a very gentle manner, almost as if he were walking on eggs. Two doctors, also on foot, were across the street. They spotted the man and began to discuss his condition. “Prostrate trouble,” said the first doctor.”Oh no, not at all. That’s a case of hemorrhoids if ever I saw one”, said the other.They tossed it back and forth until one of them suggested going over to talk to the man. “Mister, this gentleman and I are both doctors,” said one, “and if you’ll pardon our intrusion, I figured you have a bad prostrate problem, but my colleague thought it to be hemorrhoids. Might you state the problem so that we can solve our little dilemma?””Well”, said the man, “all three of us were wrong. I thought it was gas.”