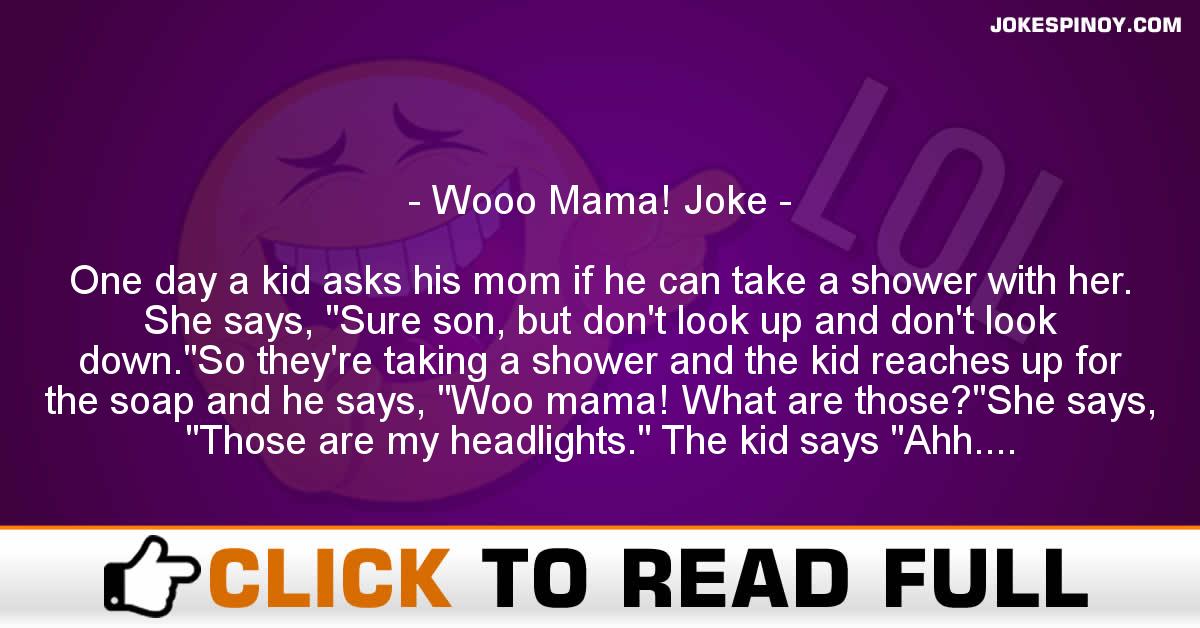 One day a kid asks his mom if he can take a shower with her. She says, “Sure son, but don’t look up and don’t look down.”So they’re taking a shower and the kid reaches up for the soap and he says, “Woo mama! What are those?”She says, “Those are my headlights.” The kid says “Ahh.”Then he drops the soap and bends down to get it and he says, “Woo mama! What is that?” and she replies back with, “That is my garage.” The kid says “Ahh.”The next day he asks his dad if he can take a shower with him. The kid does. As he’s scrubbing himself with the soap,he drops it. When he picks it up he says, “Woo daddy! What is that?” The father replies back, “That’s my limousine.”That night he asks his parents if he could sleep with them and they say, “Sure, just don’t look under the covers.”Then in the middle of the night he decides to take a peek. And he says “Wooo mama! Look, daddy is parking his limousine in your garage!”