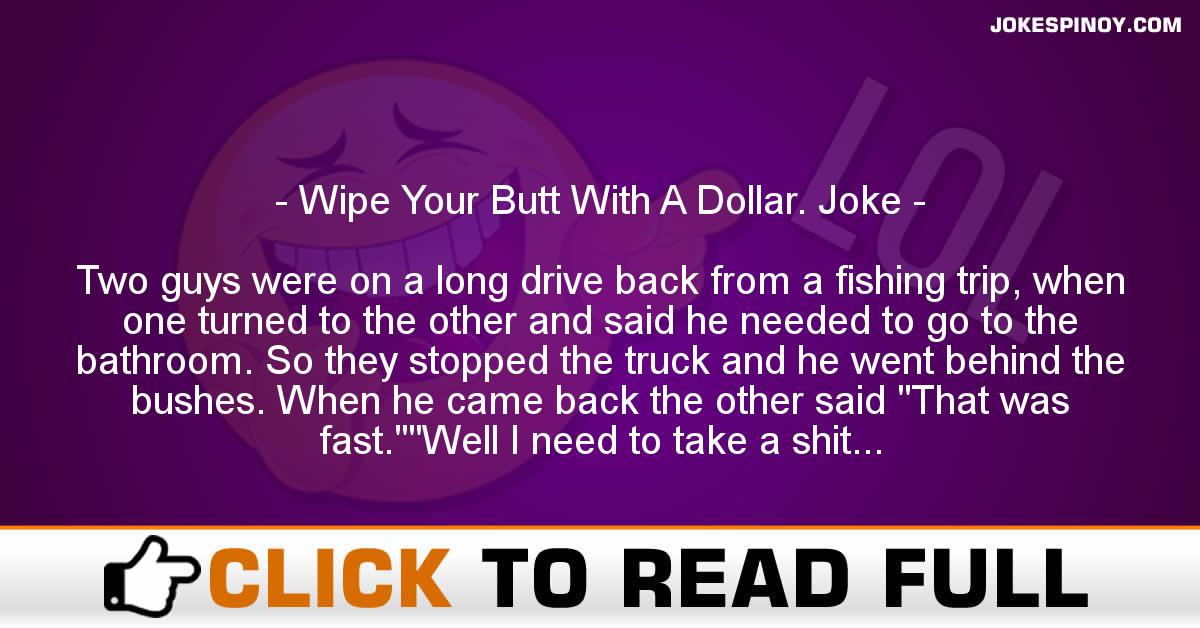 Two guys were on a long drive back from a fishing trip, when one turned to the other and said he needed to go to the bathroom. So they stopped the truck and he went behind the bushes. When he came back the other said “That was fast.””Well I need to take a shit but I’ve got nothing to wipe my ass with.”The other answers, “That’s easy just go on back, pull out a dollar, and wipe your ass with it.””O.K.” he says as he goes back over to the bush.Later he comes back with a really upset look on his face and shit all over his hands and says “That was a terrible idea.Not only did I get shit all over me, I’ve got 10 Dimes Stuck up my ass!”