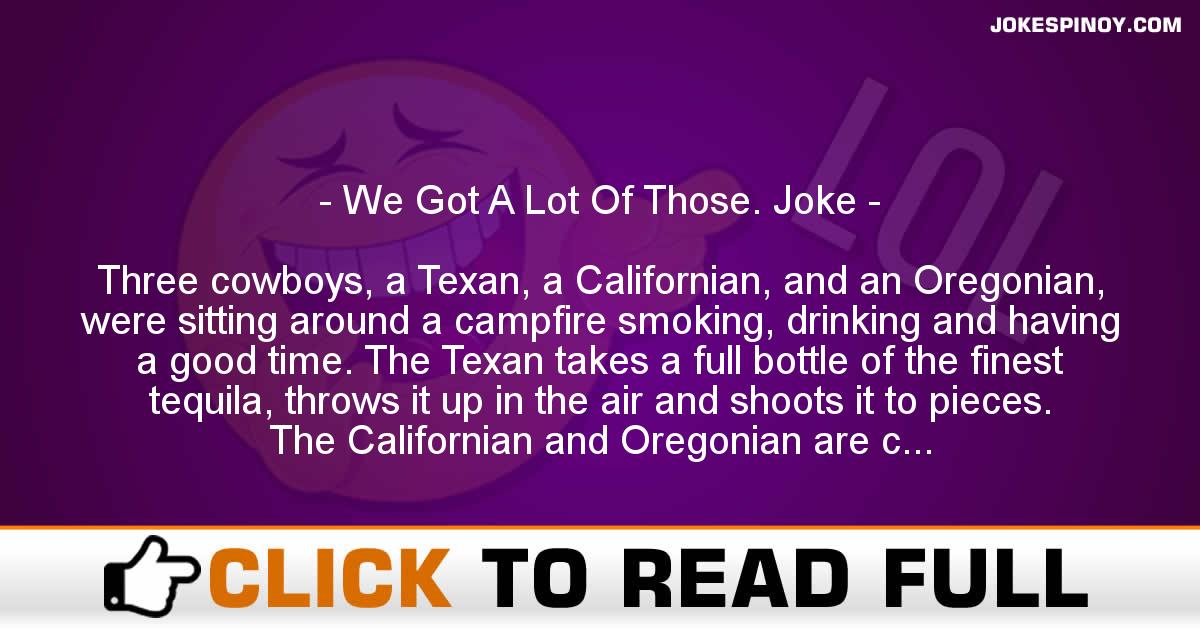 Three cowboys, a Texan, a Californian, and an Oregonian, were sitting around a campfire smoking, drinking and having a good time. The Texan takes a full bottle of the finest tequila, throws it up in the air and shoots it to pieces. The Californian and Oregonian are clearly dismayed at that show, and ask “Now what’d you go and do THAT for?” The Texan just drawled “Where I come from, we got a lot of those.”Not to be outdone, the Californian reaches in his saddle bag and pulls out a full bottle of the best Californian wine there is. He throws the bottle in the air, whips out his gun, and shoots it to pieces. The Oregonian and the Texan both groan, but the Californian is quick to point out “Where I come from, we’ve got a lot of those.”Next the Oregonian pulls out a bottle of the best microbrew beer that Portland makes. He throws the bottle high up in the air, takes out his gun, shoots the Californian, catches the bottle, and proceeds to drink the beer. Horrified, the Texan asks why he would go and do a thing like that. “Well, where I come from, we got a lot of those, but the bottle’s worth a nickel.”