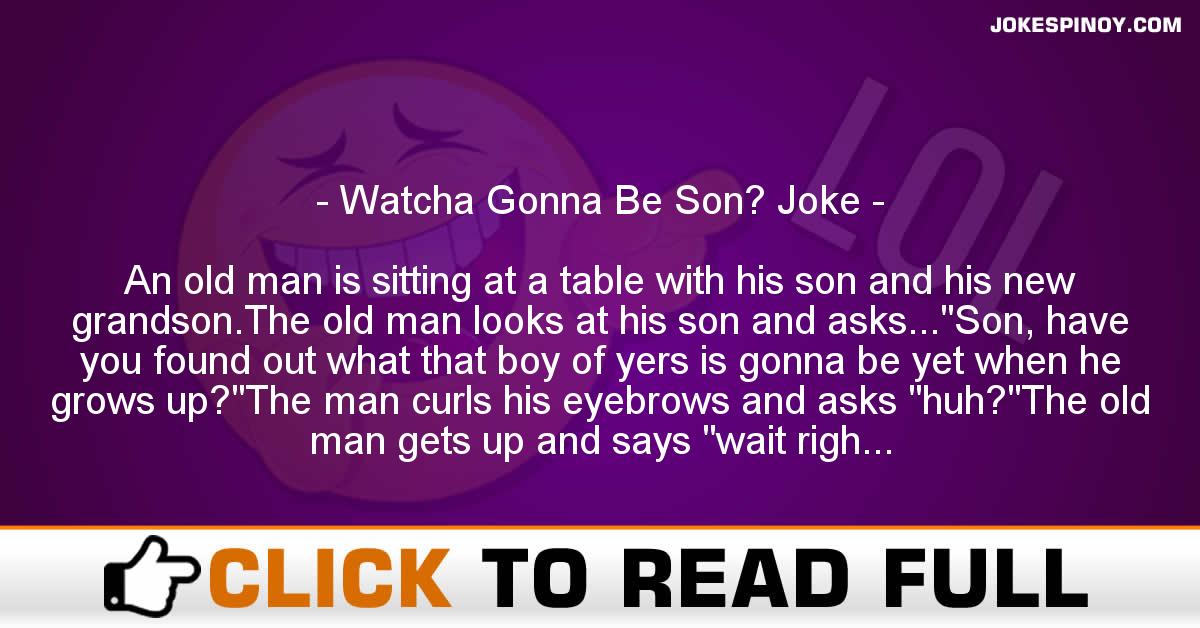 An old man is sitting at a table with his son and his new grandson.The old man looks at his son and asks…”Son, have you found out what that boy of yers is gonna be yet when he grows up?”The man curls his eyebrows and asks “huh?”The old man gets up and says “wait right here.”About five minutes pa*s and the old man comes back with a bottle of beer, some p***r playing cards, and a bible.The old man lines up the three items in front of the infant and looks at the man and says:” Ok, here’s how it works…If the boy grabs the beer he’s gonna be a drunk.If he grabs the cards he’s gonna be a gambler.If he grabs the bible he’s gonna be a preacher.”The baby stares at the items for a moment.He then reaches out and grabs all three items.The old man shouts…”HOT DANG SON – HE’S A DEMOCRAT!”