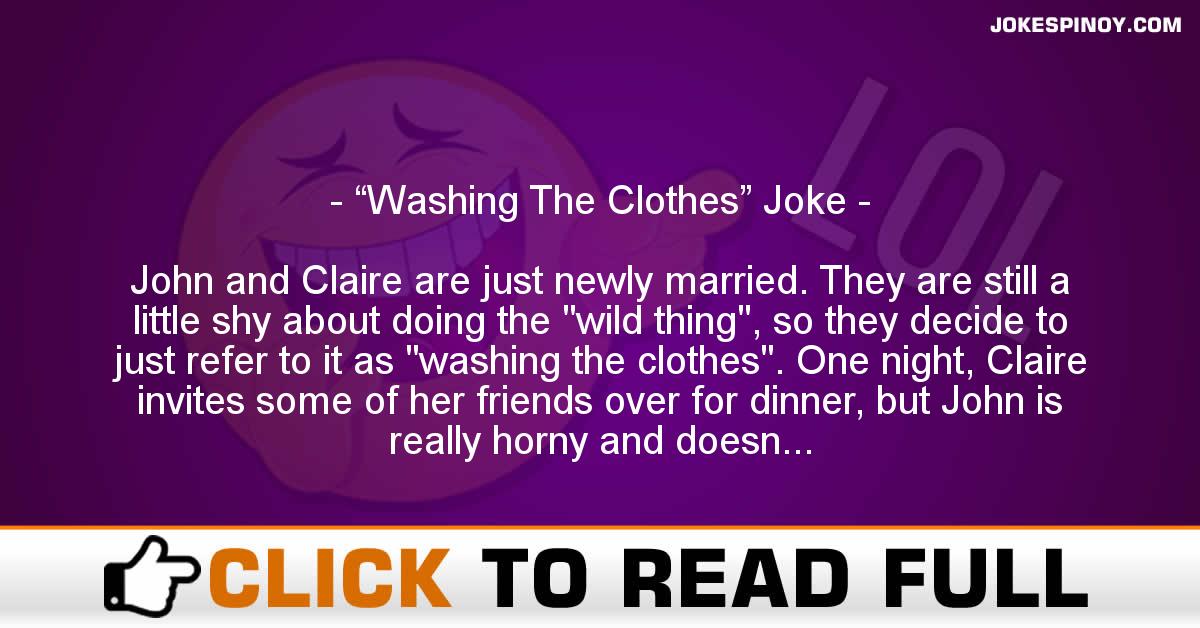 John and Claire are just newly married. They are still a little shy about doing the “wild thing”, so they decide to just refer to it as “washing the clothes”. One night, Claire invites some of her friends over for dinner, but John is really horny and doesn’t want to have to entertain their guests. So, as Claire is serving the main course, he whispers in her ear, “Let’s go wash the clothes”. Claire is horrified that he could even suggest such a thing while they’re entertaining, and she refuses. John tries again, but she won’t give in. Claire tells him instead to go upstairs and get the candleholders from the hall closet. Frustrated, John slowly walks up the stairs to get them.While he’s upstairs, Claire thinks of the fun they’d have if they COULD “wash the clothes”. Nah, she thinks. Not now. But eventually her imagination gets the best of her, and she tells the maid to run upstairs and tell John that she’ll be up in a minute to help him. The maid finds John upstairs in the bedroom, and tells him that his wife will be up in a minute to help him wash the clothes. “Tell her it’s ok,” says John. “I already did them by hand.”