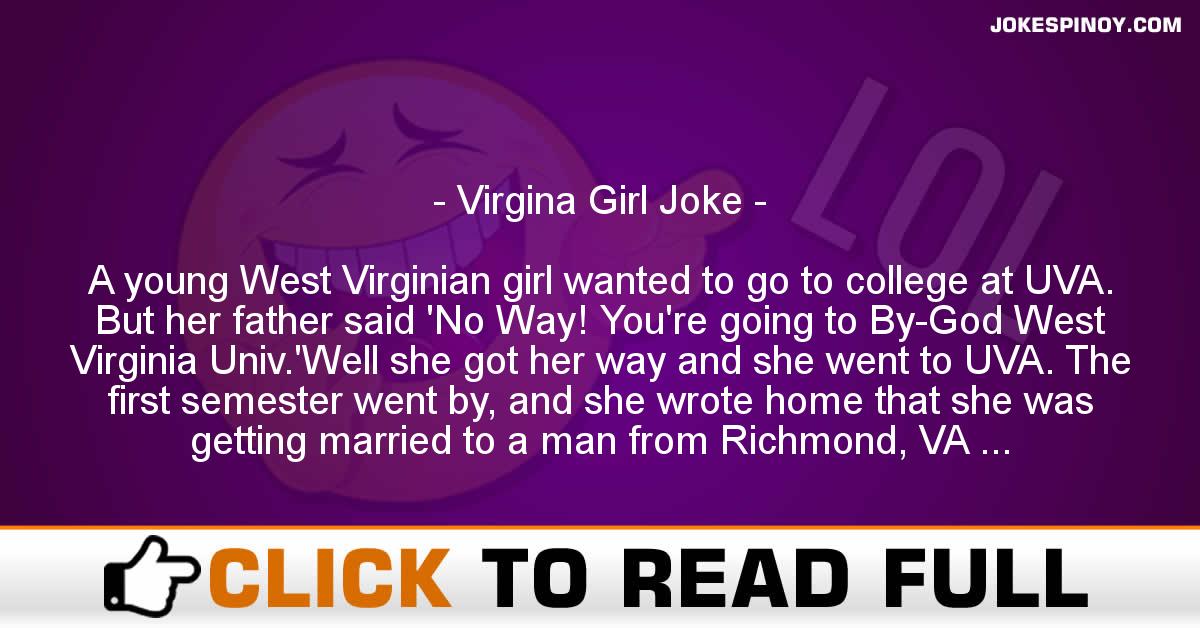 A young West Virginian girl wanted to go to college at UVA. But her father said ‘No Way! You’re going to By-God West Virginia Univ.’Well she got her way and she went to UVA. The first semester went by, and she wrote home that she was getting married to a man from Richmond, VA named Clarence. Her father said ‘I’ll be damned if my daughter is marrying a man from Richmond. You’re marrying a By-God West Virginian boy.’So he sent his two sons to UVA to get their sister. In a couple of days they returned. Dad said ‘Where is your sister?’They replied ‘We were almost there Daddy, and we came up on this overpass that had this sign that read – ‘Clarence 13’6″ – so we turned around and got the hell out of there!’