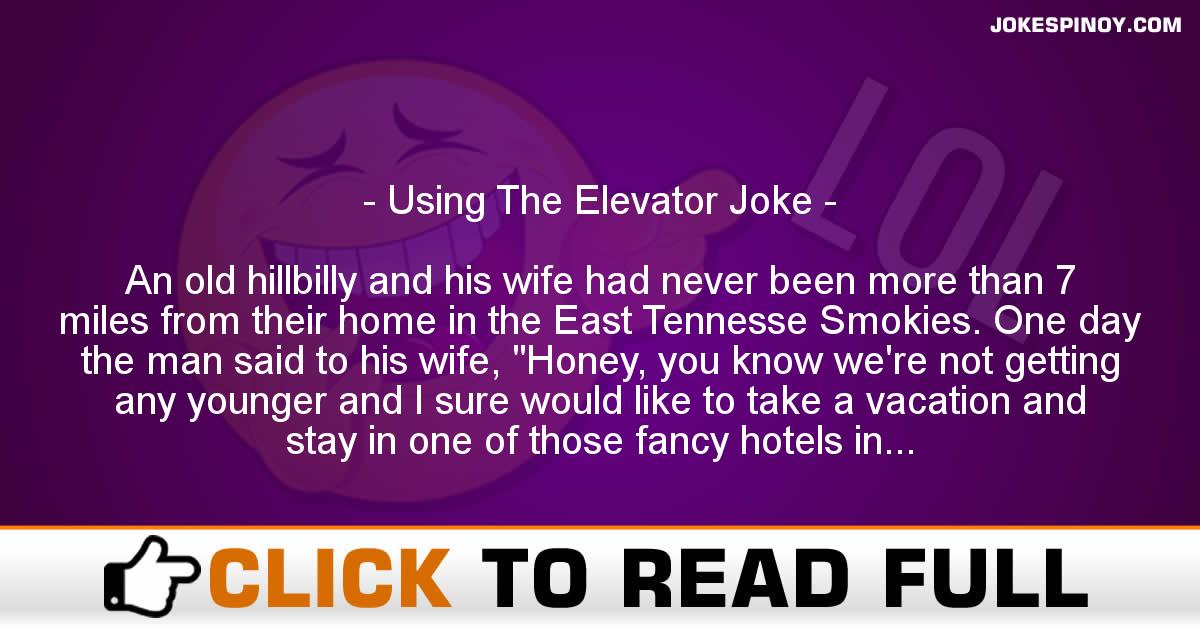 An old hillbilly and his wife had never been more than 7 miles from their home in the East Tennesse Smokies. One day the man said to his wife, “Honey, you know we’re not getting any younger and I sure would like to take a vacation and stay in one of those fancy hotels in the city before I die.”That sounded good to her so they started scrimping and saving. Four years later they had enough for them and their never-married adult son to go and spend 5 nights in a very posh hotel in the big city. They all piled into the man’s old pickup and headed out.When they got to the hotel the man said to his wife, “Mama, you just wait in the truck. Junior and I will go in and be sure this is the right place.”When they stepped into the lobby they both thought they had died and gone to heaven. There were indoor streams and water fountains, polished marble and gleaming bra*s everywhere. But the most amazing thing of all was the elevators. They stood there and watched the lights flash, the doors open and close and people getting on and off.A stooped over little lady who was 90 if she was a day approached the elevators and pushed the “Up” arrow. The door opened and she got on. The door closed. The lights above the door flashed. They flashed some more and the door opened. The most stunning 24-year-old, green-eyed blonde you’ve ever seen stepped off and went into the lounge. The son looked at his dad.The dad looked at his son for just a second and then said, “Son, go git yer Ma.”