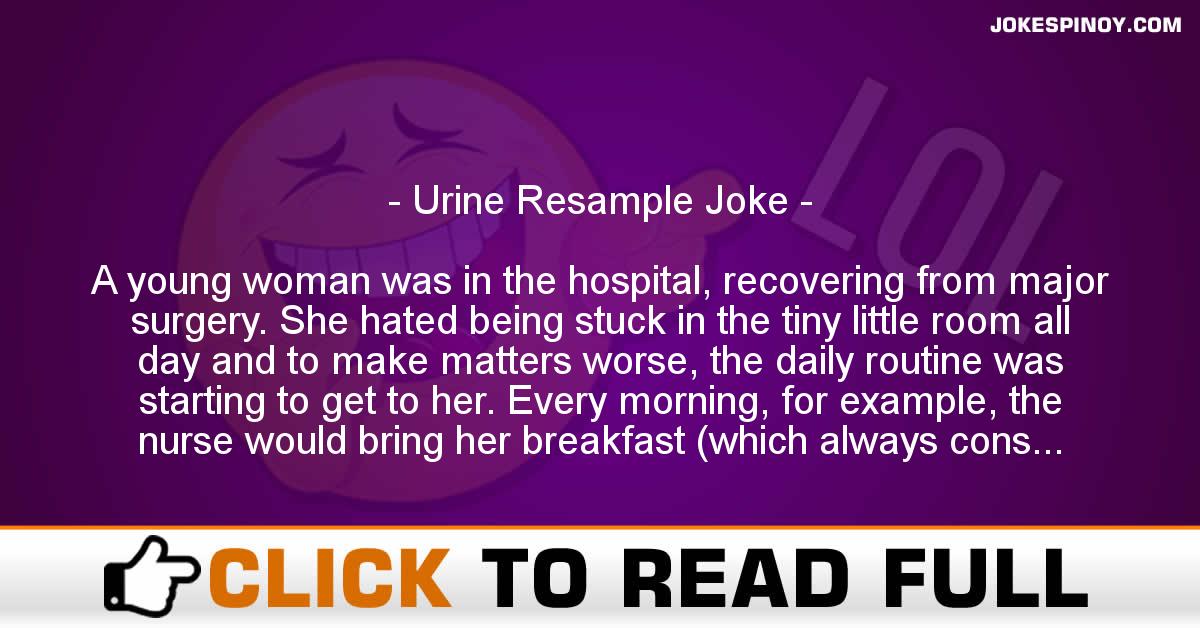 A young woman was in the hospital, recovering from major surgery. She hated being stuck in the tiny little room all day and to make matters worse, the daily routine was starting to get to her. Every morning, for example, the nurse would bring her breakfast (which always consisted of an egg, piece of toast, and gla*s of apple juice). She would then return a little bit later to empty the urine bottle. And so it continued…Finally, one morning, she decided to have a little fun. She ate the eggs and the toast, but went to the bathroom where she cleaned the urine bottle out, then poured the apple juice into it. When the nurse returned later that morning, he took a look at the bottle and a frown came over his face.”Obviously, you enjoyed your breakfast, but something must be wrong because this looks a little cloudy,” he said, pointing to the urine bottle.”Oh, really?” she replied, picking up the bottle in question and putting it to her lips. “In that case, we’d better run it through again…”