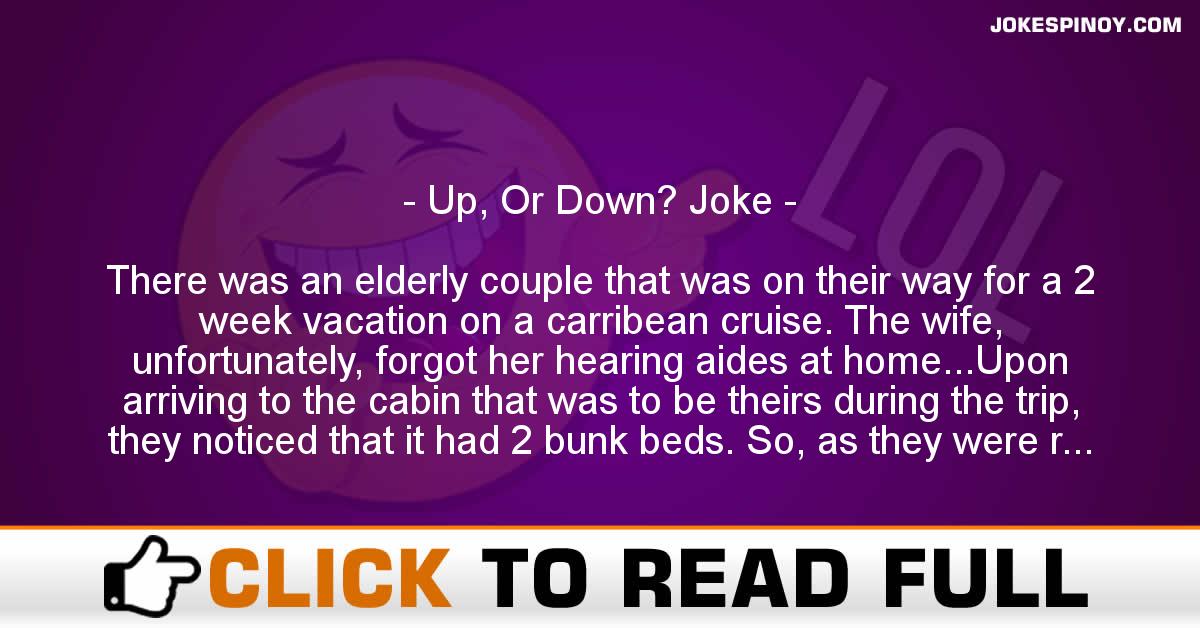 There was an elderly couple that was on their way for a 2 week vacation on a carribean cruise. The wife, unfortunately, forgot her hearing aides at home…Upon arriving to the cabin that was to be theirs during the trip, they noticed that it had 2 bunk beds. So, as they were retiring for the first nite, the husband says to his wife, “Up, or down?”. The wife inexplicably removes all her clothing and makes love to her husband all nite long.The next nite, the husband wonders if he’ll get lucky again… So, he says to his wife, “Up, or down?” She again removes all her clothing and makes love to him all nite long.This continues for 2 glorious weeks.When they arrive home from their trip, the wife retrieves her hearing aides. As they retire for the first nite home, the husband decides to try the magic words again… “Up, or down?” His wife says, “What?”. To which he replies, “During the whole trip, my dear, I said those words every nite and you took off all your clothes and made love to me all nite long.” The wife says, “Ooooh, I thought you said ‘Fuck, or drown !”.