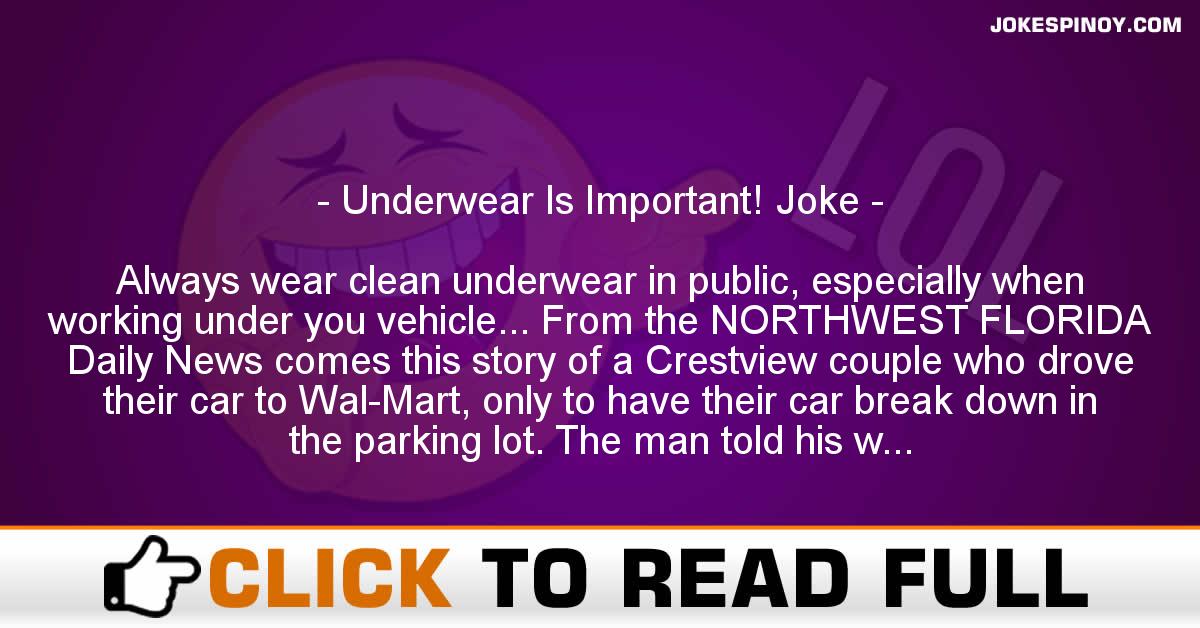 Always wear clean underwear in public, especially when working under you vehicle… From the NORTHWEST FLORIDA Daily News comes this story of a Crestview couple who drove their car to Wal-Mart, only to have their car break down in the parking lot. The man told his wife to carry on with the shopping while he fixed the car in the lot. The wife returned later to see a small group of people near the car. On closer inspection, she saw a pair of male legs protruding from under the cha*sis. Although the man was in shorts, his lack of underpants turned private parts into glaringly public ones. Unable to stand the embarra*sment, she dutifully stepped forward, quickly put her hand UP his shorts, and tucked everything back into place. On regaining her feet, she looked across the hood and found herself staring at her husband who was standing idly by. The mechanic, however, had to have three stitches in his forehead.