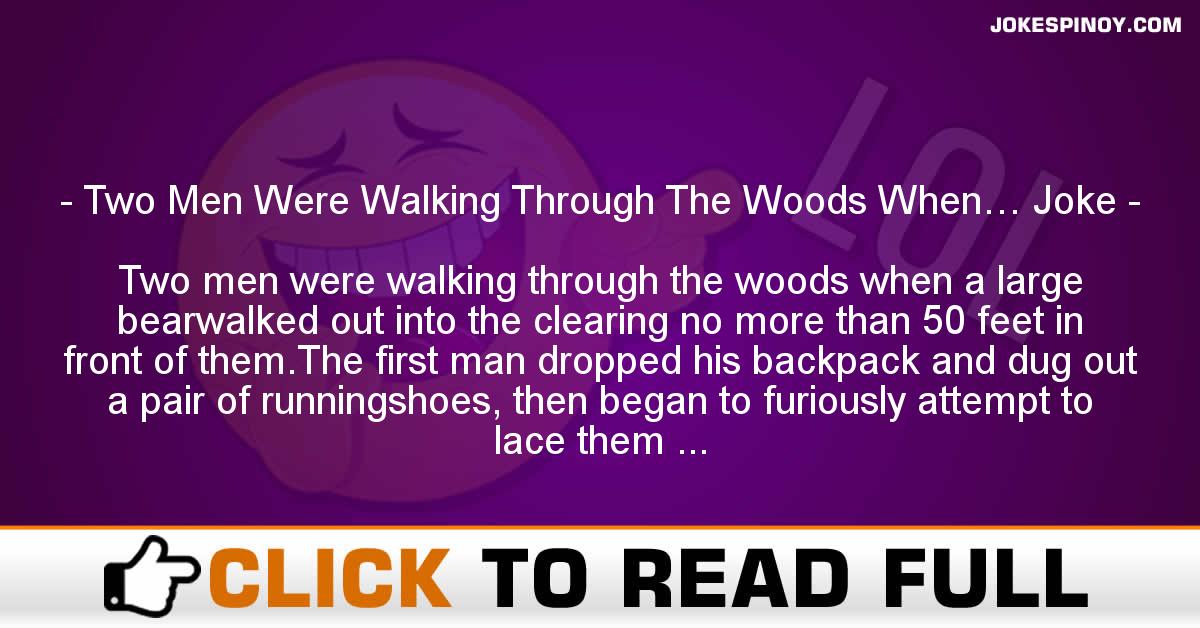 Two men were walking through the woods when a large bearwalked out into the clearing no more than 50 feet in front of them.The first man dropped his backpack and dug out a pair of runnings***s, then began to furiously attempt to lace them up as the bearslowly approached them. The second man looked at the first,confused, and said, “What are you doing? Running s***s aren’tgoing to help, you can’t outrun that bear.” “I don’t need to,” saidthe first man, “I just need to outrun you.”