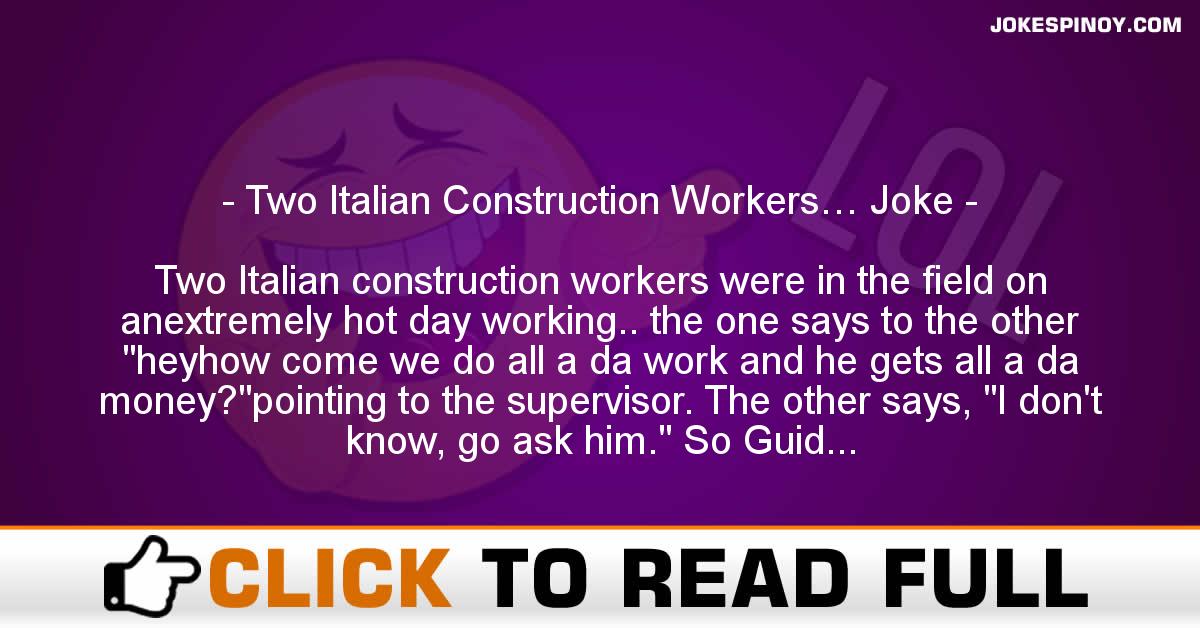 Two Italian construction workers were in the field on anextremely hot day working.. the one says to the other “heyhow come we do all a da work and he gets all a da money?”pointing to the supervisor. The other says, “I don’t know, go ask him.” So Guido goes up to the supervisor and says “Hey, how comewe do all a da work and you get all a da money?” The supervisor says “Intelligence”. Guido says “what is this intelligence?” The supervisor puts his hand on a tree and says “Hita myhand as hard as you can!” Guido winds up and with all his might tries to hit thesupervisors hand. Just as he almost does the supervisorpulls his hand away and Guido hits the tree! The supervisorsays “That’s intelligence”. Still smarting Guido goes back to his co-worker and hisco-worker says “Hey what did he say?” With a sheepish look on his face Guido puts his hand on hisface and says “hita my hand as hard as you can. . .”