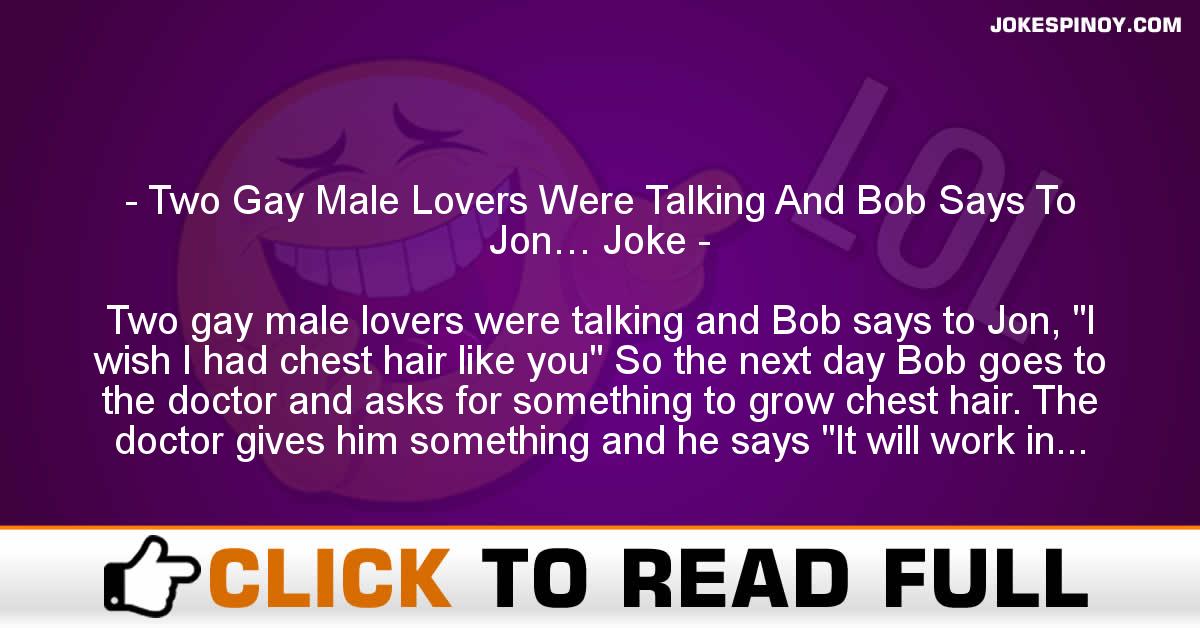 Two g*y male lovers were talking and Bob says to Jon, “I wish I had chest hair like you” So the next day Bob goes to the doctor and asks for something to grow chest hair. The doctor gives him something and he says “It will work in about two months.” Two months later Bob has no hair on his chest and back to the doctor he goes. The Doctor says, ‘Rub some Vaseline on your chest, and in a week you will be growing hair.’ Jon comes home that day seeing Bob rub Vaseline and asks “Why?” Bob says “to grow chest hair” Jon says if Vaseline grows hair you would have a ponytail comin’ out your a*s!”