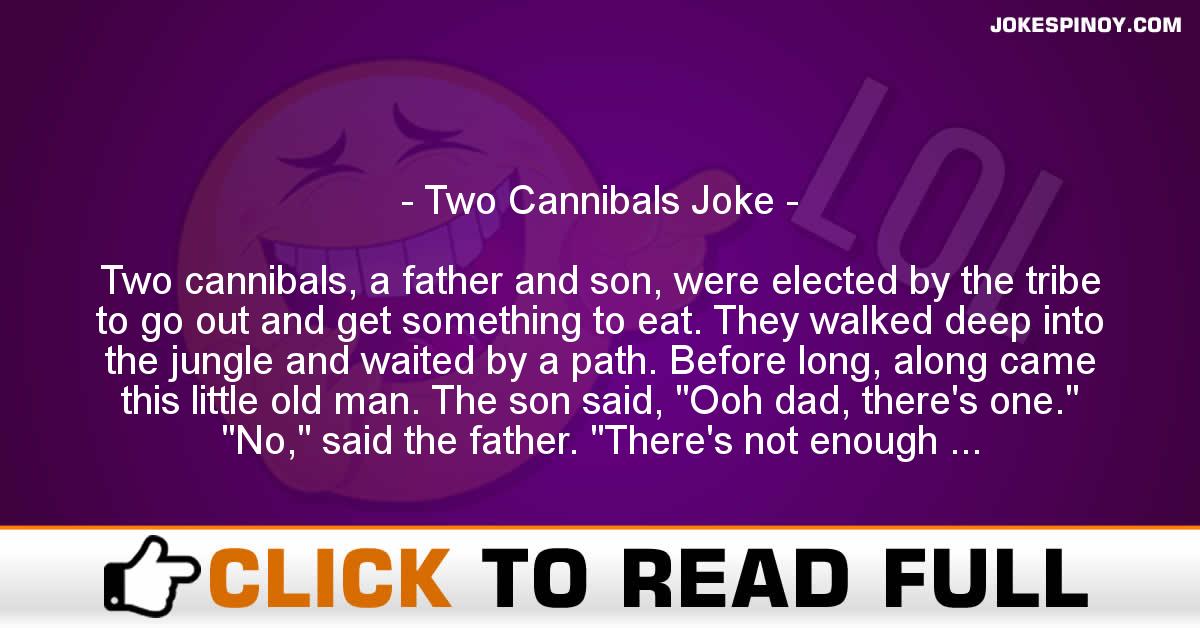 Two cannibals, a father and son, were elected by the tribe to go out and get something to eat. They walked deep into the jungle and waited by a path. Before long, along came this little old man. The son said, “Ooh dad, there’s one.” “No,” said the father. “There’s not enough meat on that one to even feed the dogs. We’ll just wait.” Well, a little while later, along came this really fat man. The son said, “Hey dad, he’s plenty big enough.” “No,” the father said. “We’d all die of a heart attack from the fat in that one. We’ll just wait.” About an hour later, here comes this absolutely gorgeous woman. The son said, “Now there’s nothing wrong with that one dad. Let’s eat her.” “No,” said the father. “We’ll not eat her either.” “Why not?” asked the son. “Because, we’re going to take her back alive and eat your mother.”