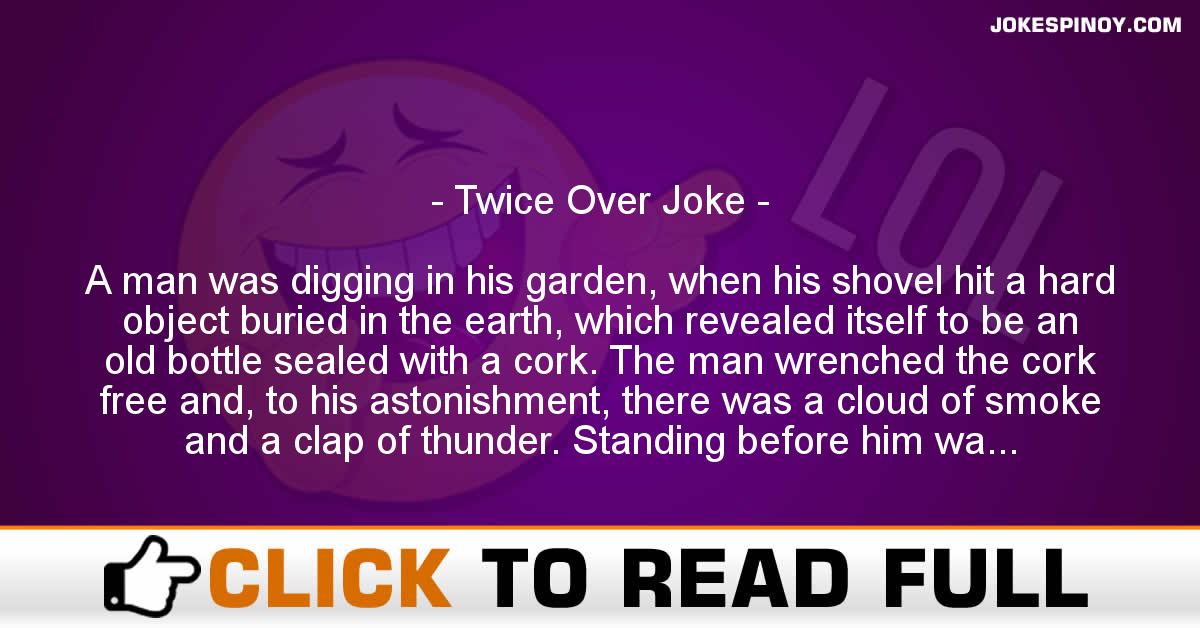 A man was digging in his garden, when his shovel hit a hard object buried in the earth, which revealed itself to be an old bottle sealed with a cork. The man wrenched the cork free and, to his astonishment, there was a cloud of smoke and a clap of thunder. Standing before him was a genie.”As a reward for freeing me, I shall grant you three wishes,” said the genie, “But understand, whatever you wish for, your most hated enemy shall receive twice over.”The man’s most hated enemy happened to be his next door neighbour, Jones. “Let’s see. My first wish is…” He looked at his weather beaten bungalow, “…to live in a ten story luxury mansion.”The genie clapped his hands and suddenly his minute shack transformed into the most beautiful house he had ever laid eyes on. He heard a cry of astonishment from next door and looked over to see Jones standing in the doorway of his new twenty story mansion.”Now I want fifty of the most beautiful women imaginable.” said the man. There was a puff of smoke and his wish was granted. He was annoyed, however, to see Jones grinning and waving, surrounded by his own harem of 100 women, all twice as attractive.”What is your final wish, Master?” asked the genie”.”I want to lose a testicle,” said the man.