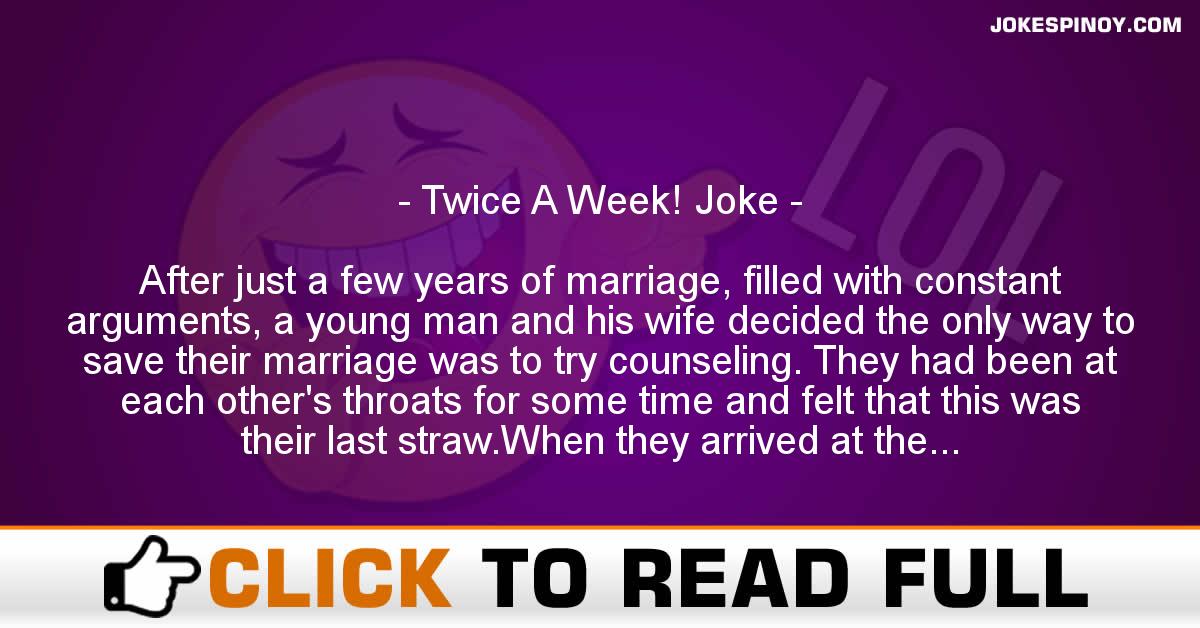 After just a few years of marriage, filled with constant arguments, a young man and his wife decided the only way to save their marriage was to try counseling. They had been at each other’s throats for some time and felt that this was their last straw.When they arrived at the counselor’s office, the counselor jumped right in and opened the floor for discussion. “What seems to be the problem?”The wife began talking 90 miles an hour describing all the wrongs within their marriage. After 15 minutes of listening to the wife, the counselor went over to her, picked her up by her shoulders, kissed her pa*sionately for several minutes, and sat her back down. Afterwards, the wife sat there speechless. He looked over at the husband who was staring in disbelief at what had happened. The counselor spoke to the husband, “Your wife NEEDS that at least twice a week!” The husband scratched his head and replied…”I can have her here on Tuesdays and Thursdays.”

Topic of Interest:    twice in a week joke