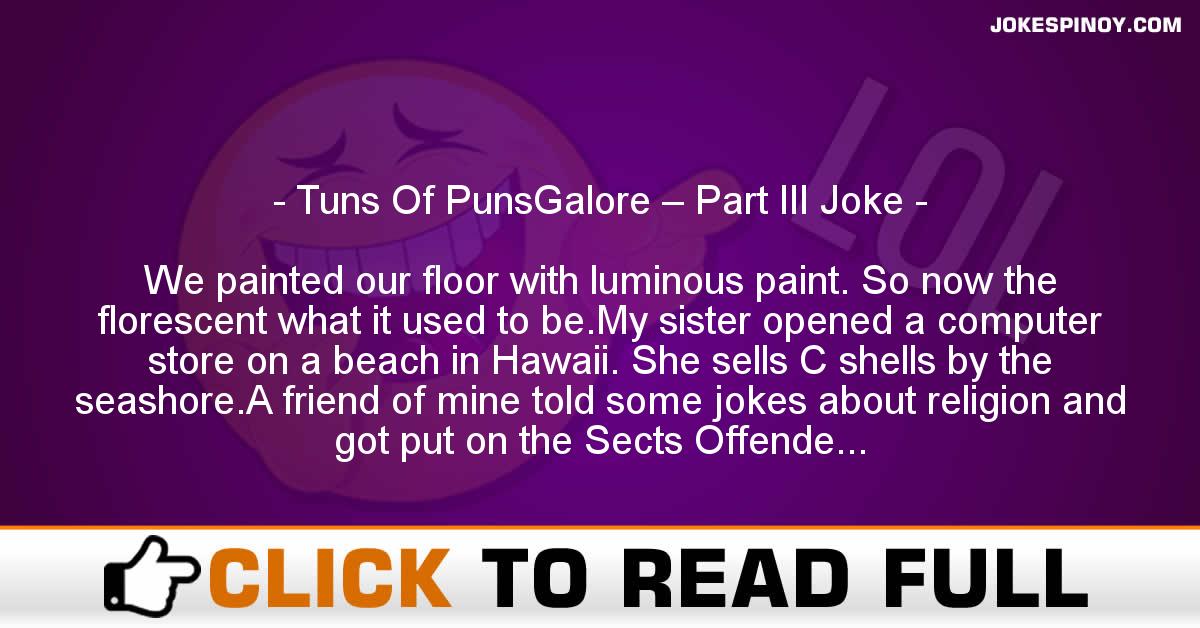 We painted our floor with luminous paint. So now the florescent what it used to be.My sister opened a computer store on a beach in Hawaii. She sells C shells by the seashore.A friend of mine told some jokes about religion and got put on the Sects Offenders List.A guy turns up at a costume party carrying a woman on his back. “What are you supposed to be?” asked the host.”I’m a snail.” he said, “Can’t you see, I’m carrying Michelle on my back.”Gardeners’ playing cards – weed em and reap.A six-foot termite walks into a bar. He raps on the bar and asks:”Excuse me…is the bar tender here?”Perforation is a rip-off!A poor soul worked at a company making blankets. He lost his job when the company folded.And of course, there was the pillow and mattress manufacturing company that had a problem with staff…Some of them just felt down all the time, and the rest were sleeping on the job.And don’t forget about the telecoms engineer who was committed to an asylum… They said he had too many hang-ups.Friction. It’s such a drag. And gravity sucks too.