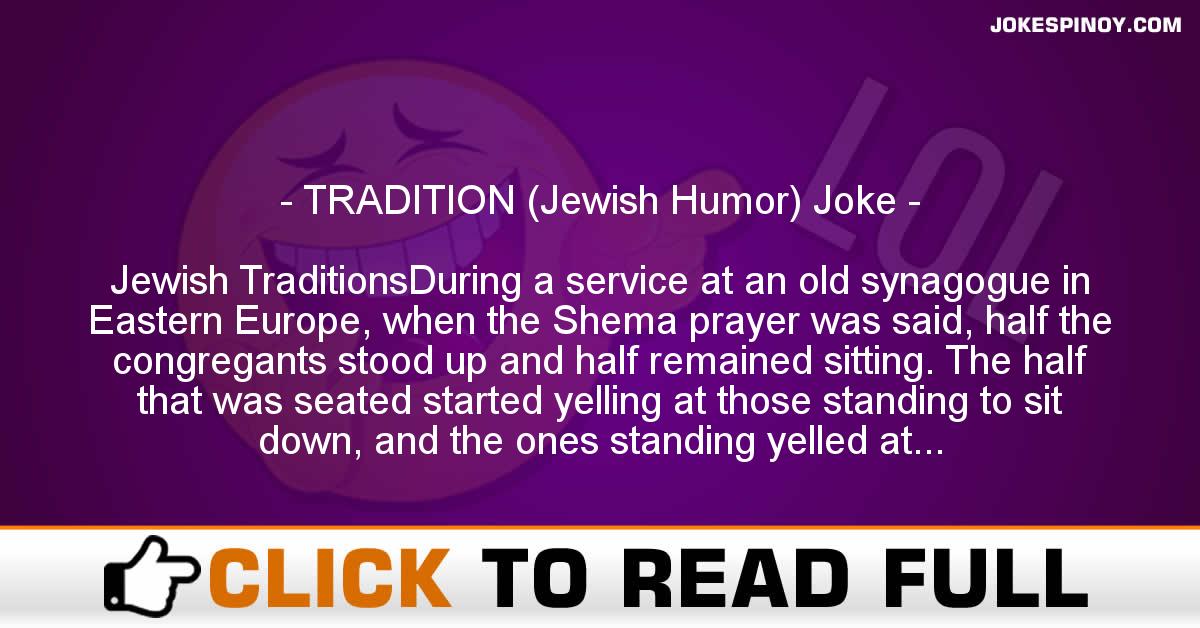 Jewish TraditionsDuring a service at an old synagogue in Eastern Europe, when the Shema prayer was said, half the congregants stood up and half remained sitting. The half that was seated started yelling at those standing to sit down, and the ones standing yelled at the ones sitting to stand up…The rabbi, learned as he was in the Law and commentaries, didn’t know what to do. His congregation suggested that he consult a housebound 98-year old man, who was one of the original founders of their temple. The rabbi hoped the elderly man would be able to tell him what the actual temple tradition was, so he went to the nursing home with a representative of each faction of the congregation.The one whose followers stood during Shema said to the old man, “Is the tradition to stand during this prayer?”The old man answered, “No, that is not the tradition.” The one whose followers sat asked, “Is the tradition to sit during Shema?”The old man answered, “No, that is not the tradition.”Then the rabbi said to the old man, “The congregants fight all the time, yelling at each other about whether they should sit or stand…”The old man interrupted, exclaiming, “THAT is our tradition!”