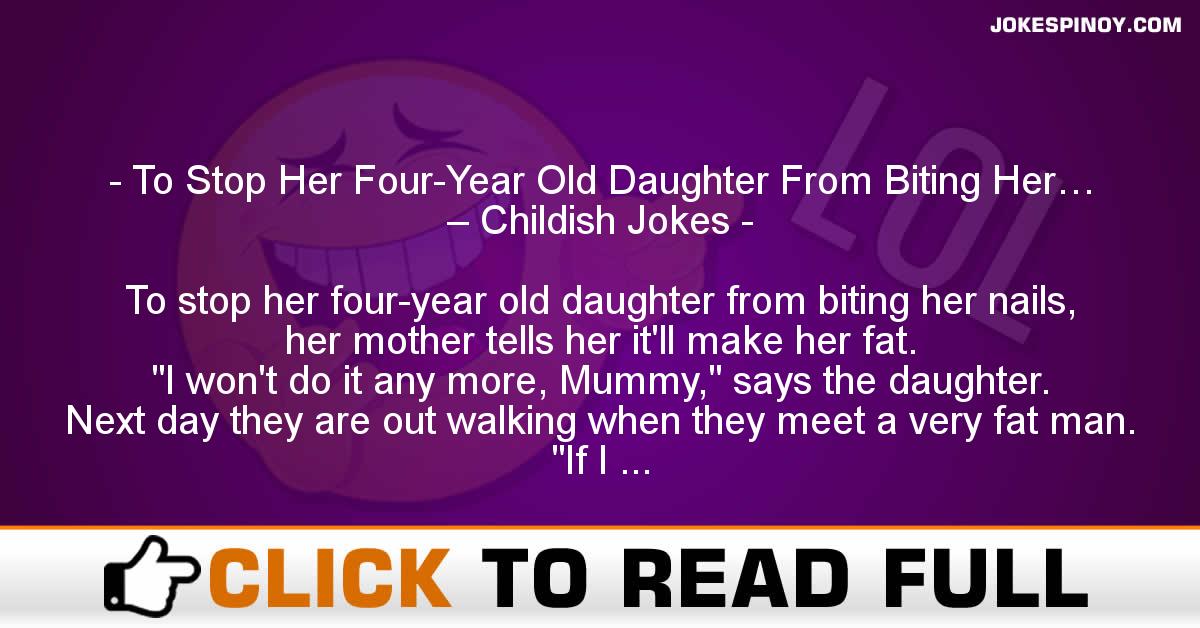 To stop her four-year old daughter from biting her nails, her mother tells her it’ll make her fat.
“I won’t do it any more, Mummy,” says the daughter.
Next day they are out walking when they meet a very fat man.
“If I bite my fingernails, I’ll be as fat as that, won’t I Mummy?”
“You’ll be fatter than that,” says her mother.
They get on a bus and, sitting opposite them, is a very pregnant lady.
The little girl can’t take her eyes off the woman’s belly.
The pregnant lady feels increasingly uncomfortable under this stare, and finally leans forward and says to the little girl. “Excuse me, but do you know me?”
And the little girl says, “No, but I know what you’ve been doing!”