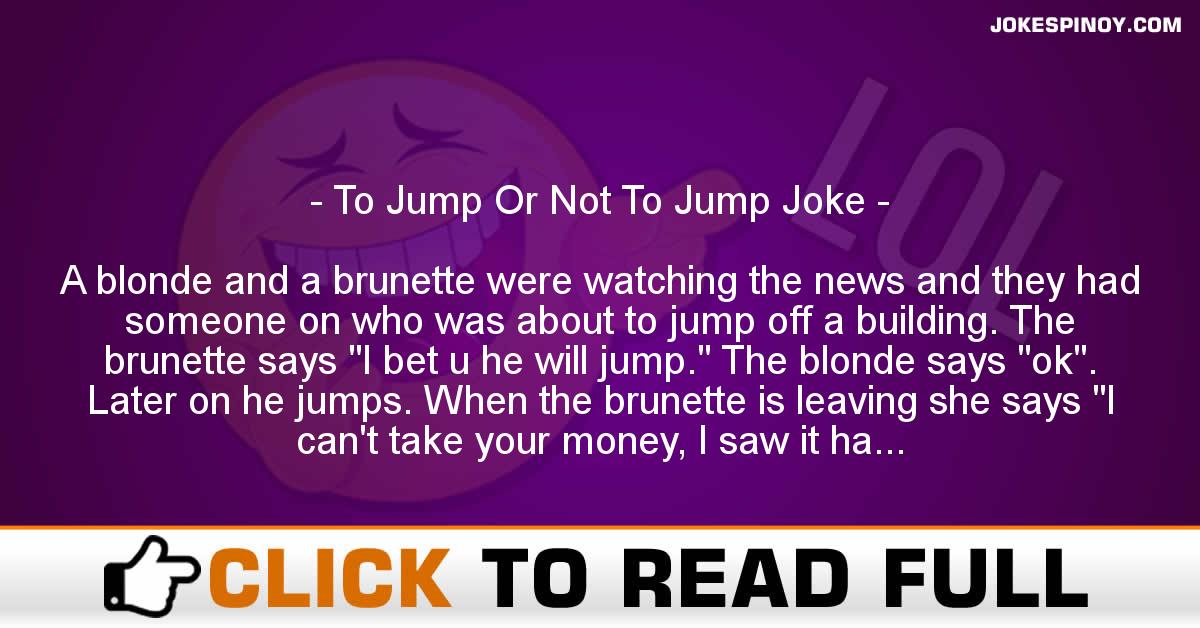 A blonde and a brunette were watching the news and they had someone on who was about to jump off a building. The brunette says “I bet u he will jump.” The blonde says “ok”. Later on he jumps. When the brunette is leaving she says “I can’t take your money, I saw it happen already on the 5 o’clock news.” The blonde says “I did too but i didn’t think he would jump again.”