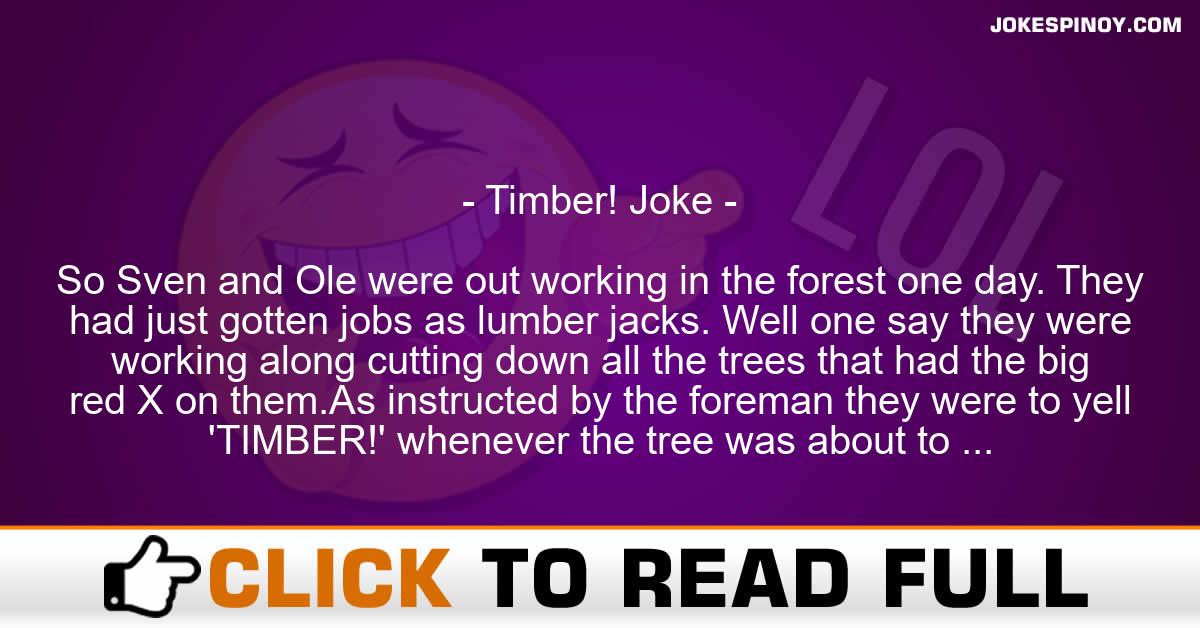 So Sven and Ole were out working in the forest one day. They had just gotten jobs as lumber jacks. Well one say they were working along cutting down all the trees that had the big red X on them.As instructed by the foreman they were to yell ‘TIMBER!’ whenever the tree was about to fall. Ole was cutting down a tree and yelled ‘Timber’ and all of a sudden he saw a skidder pulling a tree out of the woods drive right under where the tree was about to fall. There was nothing he could do about it.The tree fell on the cab killing poor ‘ol DooDah. That was his name for his parents gave it to him. He was a young man recentley married. Well Sven and Ole didn’t know what to do, so they called the priest and he said to go talk and comfort DooDah’s now widow.Well they walked out of the forest into town and arrived at the widows house. They were dumbfounded and didn’t know what to think or say. So quickly as the fact the tree fell…..Sven rang the doorbell.A few minutes later the widow DooDah appeared at the door. Sven says that Ole has something to say. He’s at a loss of words and all that comes out of his mouth is ‘GUESS WHO DIED IN THE WOODS TODAY ….!’

Topic of Interest:    timber joke of the day