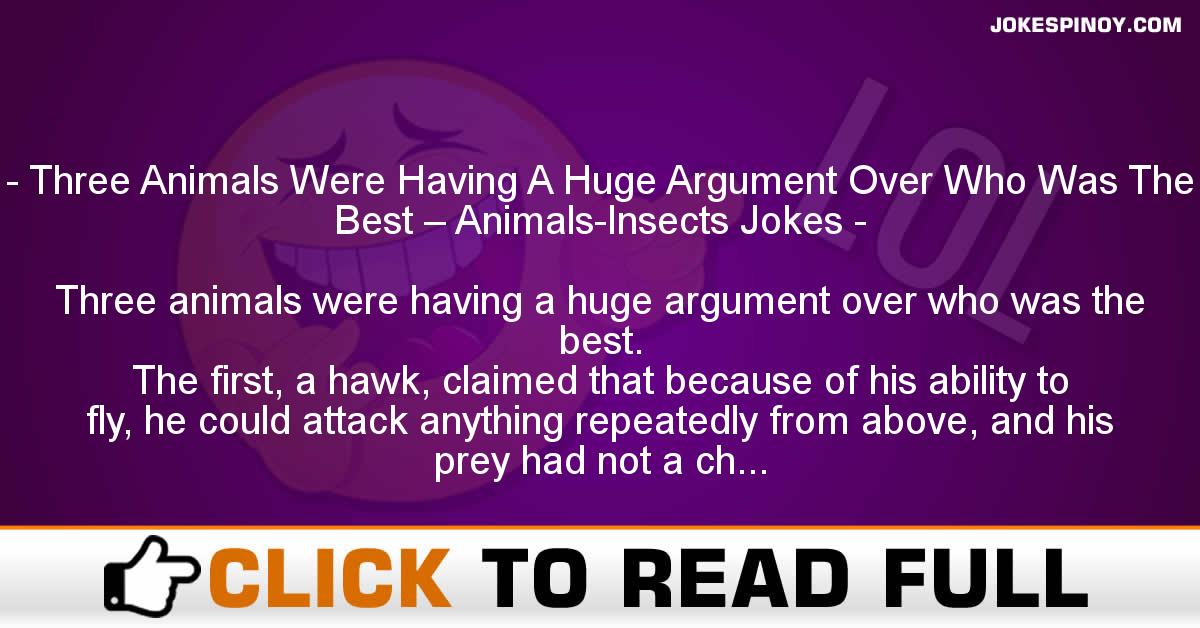 Three animals were having a huge argument over who was the best.
The first, a hawk, claimed that because of his ability to fly, he could attack anything repeatedly from above, and his prey had not a chance.
The second, a lion, based his claim on his strength. None in the forest dared to challenge him.
The third, a skunk, insisted he needed neither flight nor strength to frighten off any creature.
As the trio debated the issue, an alligator came along and swallowed them all, hawk, lion and stinker