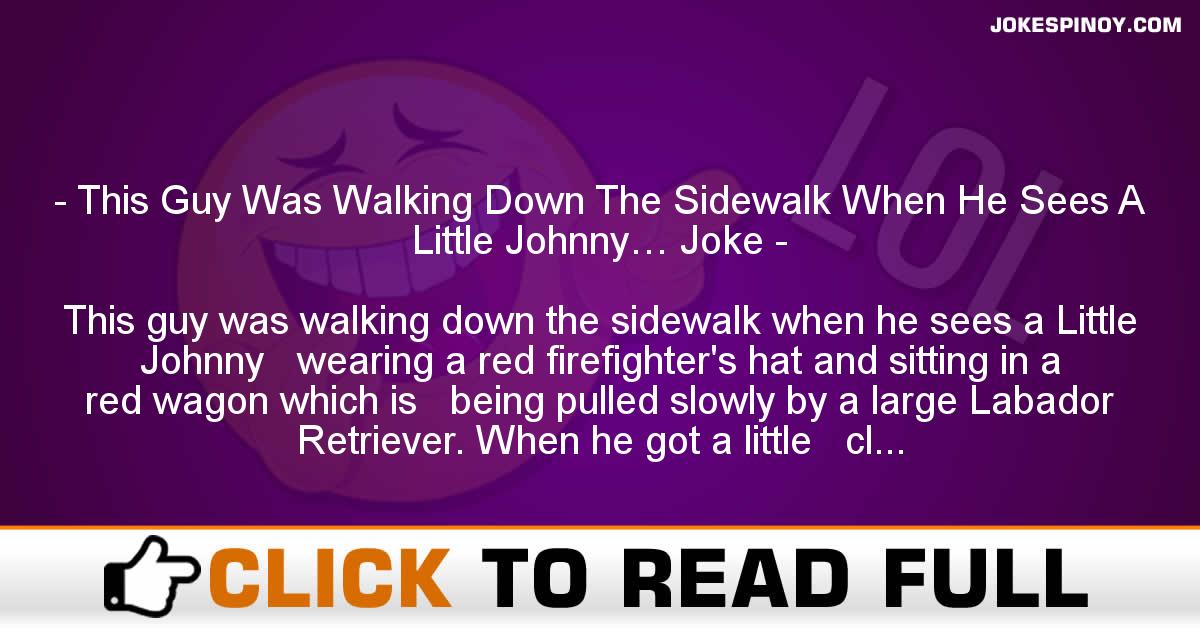 This guy was walking down the sidewalk when he sees a Little Johnny wearing a red firefighter’s hat and sitting in a red wagon which is being pulled slowly by a large Labador Retriever. When he got a little closer, he saw that the kid was holding a rope which is tied to the dog’s testicles, which may explain why the dog is walking so slowly. Going up to the kid, he said,”That’s a nice fire engine you got there, but I bet it would go faster if you have the rope around the dog’s neck.” “Yeah,” the kid replied.”But I wouldn’t have a siren.”

Topic of Interest:    joke about derivatives walking down a side walk