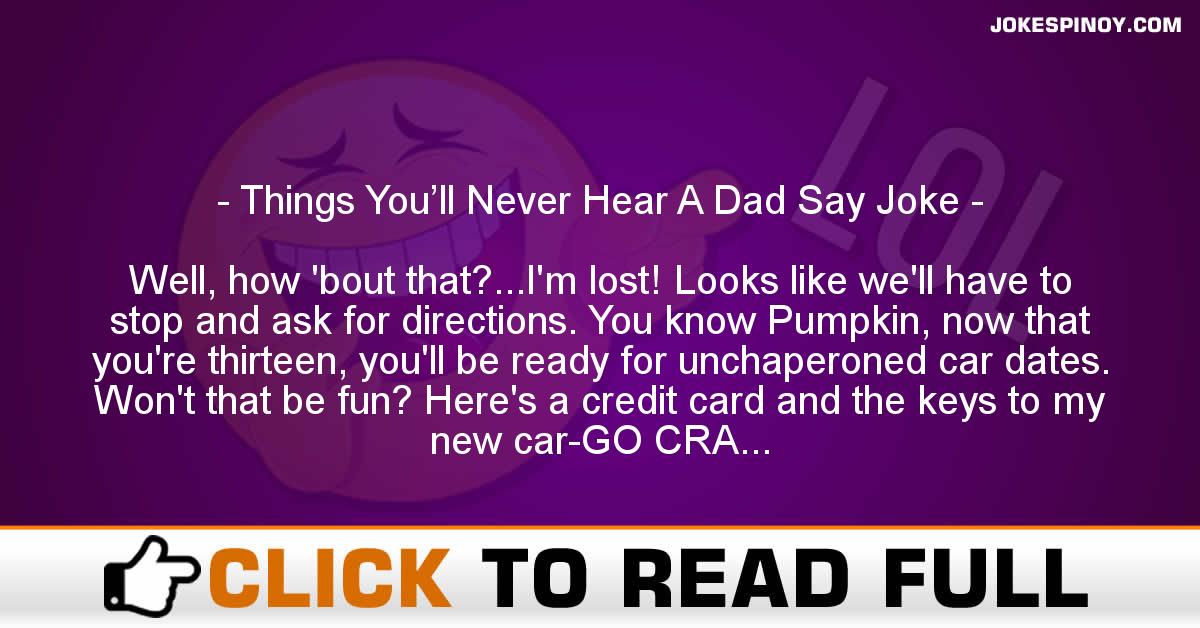 Well, how ’bout that?…I’m lost! Looks like we’ll have to stop and ask for directions. You know Pumpkin, now that you’re thirteen, you’ll be ready for unchaperoned car dates. Won’t that be fun? Here’s a credit card and the keys to my new car-GO CRAZY. What do you mean you wanna play football? Figure skating not good enough for you, son? Your mother and I are going away for the weekend…you might want to consider throwing a party. Well, I don’t know what’s wrong with your car. Probably one of those doo-hickey thingies-you know-that makes it run or something. Just have it towed to a mechanic and pay whatever he asks. No son of mine is going to live under this roof without an earring now quit your belly-aching, and let’s go to the mall. Whaddya wanna go and get a job for? I make plenty of money for you to spend. Father’s Day? Aaahh-don’t worry about that-it’s no big deal