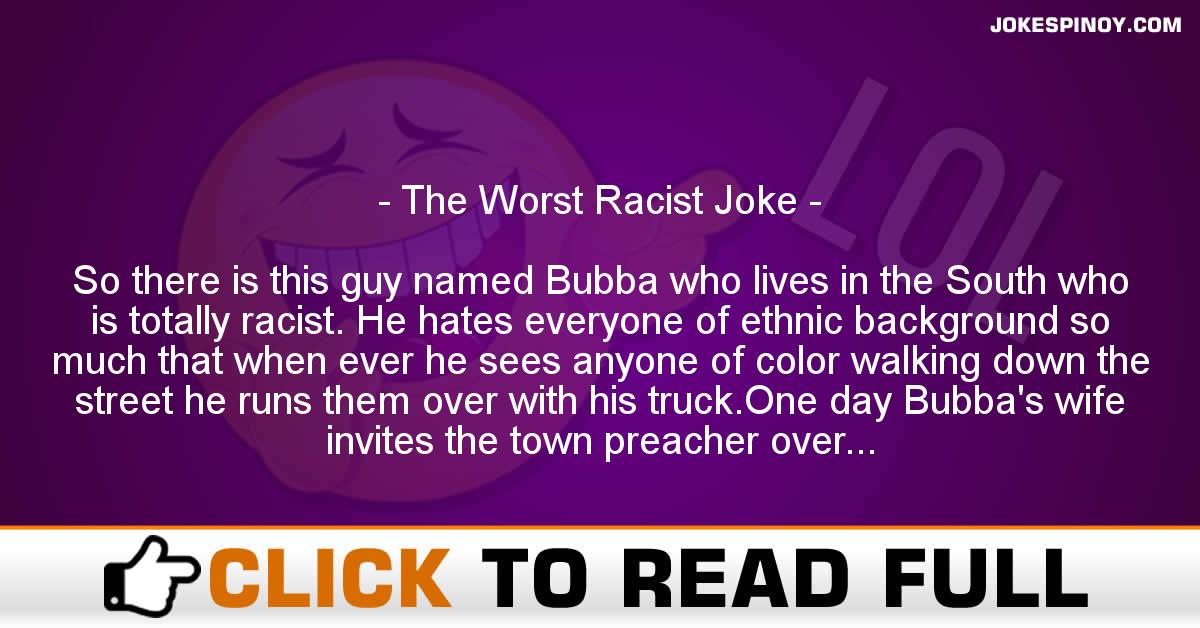 So there is this guy named Bubba who lives in the South who is totally racist. He hates everyone of ethnic background so much that when ever he sees anyone of color walking down the street he runs them over with his truck.One day Bubba’s wife invites the town preacher over for dinner and Bubba has to pick the preacher up and drive him to Bubba’s house. Sure enough there is a black guy walking on the side of the road hitch hiking.Bubba cannot control his urge to hit the guy so he thinks to himself “If I pretend to pa*s out I can swerve over and hit the guy and the preacher will be none the wiser”. So Bubba pretends to pa*s out and swerves over, after he hears a thump he pretends to wake up. He says to the preacher “Please tell me I didn’t hit that hitchhiker”. The preacher turns to Bubba and says “No son, but I got him with the door.”