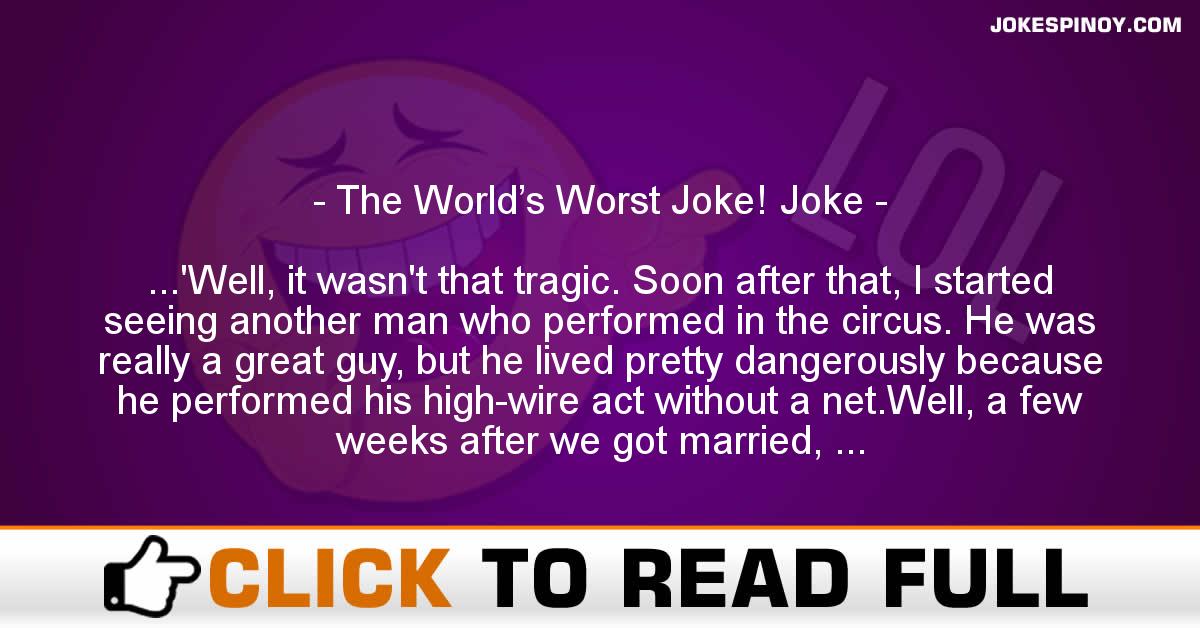 …’Well, it wasn’t that tragic. Soon after that, I started seeing another man who performed in the circus. He was really a great guy, but he lived pretty dangerously because he performed his high-wire act without a net.Well, a few weeks after we got married, he was performing a show and suddenly a gust of wind came by and knocked him off his wire and he was killed.”Your second husband was killed too?!!? That’s horrible!”Yes, it was terrible, but at the funeral I fell in love with the minister and we got married soon after that. Unfortunately, one Sunday while he was walking to church, he was hit by a car and killed.”Three??? Three husbands of yours were killed? How could you live through all that?”It was pretty tough, but then I met my present husband. And he’s a wonderful man. I think we’ll live a long happy life together.”And what does your present husband do for a living?”He’s a mortician.”A mortician? I don’t understand something here. First you marry a banker, then a circus performer, then a minister, and now a mortician? Why such a diverse grouping of husbands?”Well, if you think about it it’s not too hard to understand…One for the money… Two for the show… Three to get ready… And four to go!’