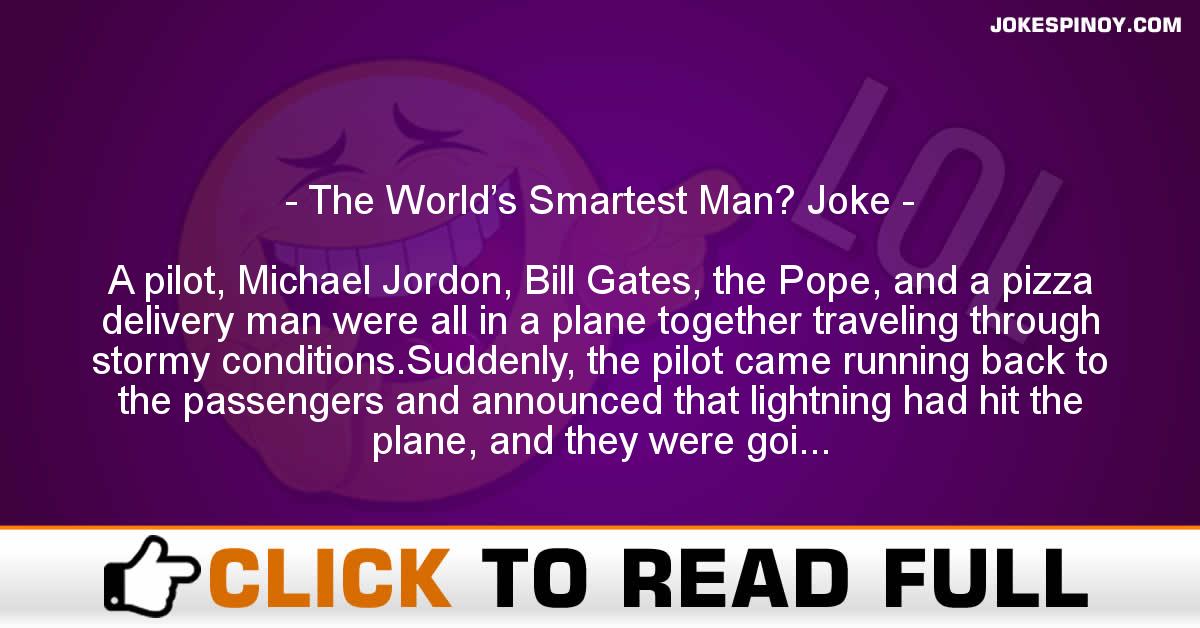 A pilot, Michael Jordon, Bill Gates, the Pope, and a pizza delivery man were all in a plane together traveling through stormy conditions.Suddenly, the pilot came running back to the pa*sengers and announced that lightning had hit the plane, and they were going to crash in a matter of minutes. “There are only enough parachutes for four of the five of us,” he announced. “Since I’m the pilot, I get one!” After saying this, the pilot grabbed a parachute and jumped out of the plane.”I’m the world’s greatest athlete,” proclaimed Michael Jordon. “This world needs great athletes, so I must live.” Michael Jordon then grabbed a parachute and leaped out of the plane.”I’m the smarest man in the world,” bragged Bill Gates. “The world needs smart men, so I must also live!” Bill Gates grabbed a parachute and jumped out of the plane.At this point, the Pope began to speak. “I have lived a long life compared to you, and you may take the last parachute. I will go down with the plane.””You don’t have to stay here! The world’s smartest man jumped out of the plane with my backpack.”