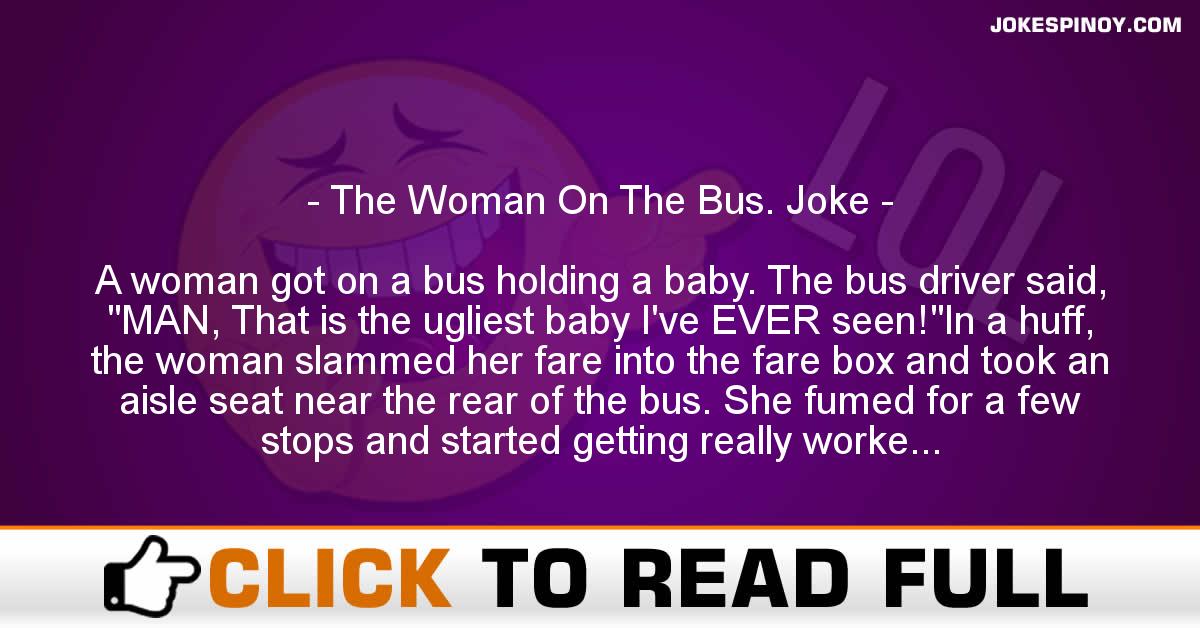 A woman got on a bus holding a baby. The bus driver said, “MAN, That is the ugliest baby I’ve EVER seen!”In a huff, the woman slammed her fare into the fare box and took an aisle seat near the rear of the bus. She fumed for a few stops and started getting really worked up.The man seated next to her sensed that she was agitated and asked her what was wrong.”The bus driver insulted me!” she fumed.The man sympathized and said, “Hey! He’s a public servant and he shouldn’t say things to insult the pa*sengers.””You’re right!” she said. “I think I’ll go back up there and give him a piece of my mind.””That’s a good idea,” the man said. “Here, let me hold your monkey!”