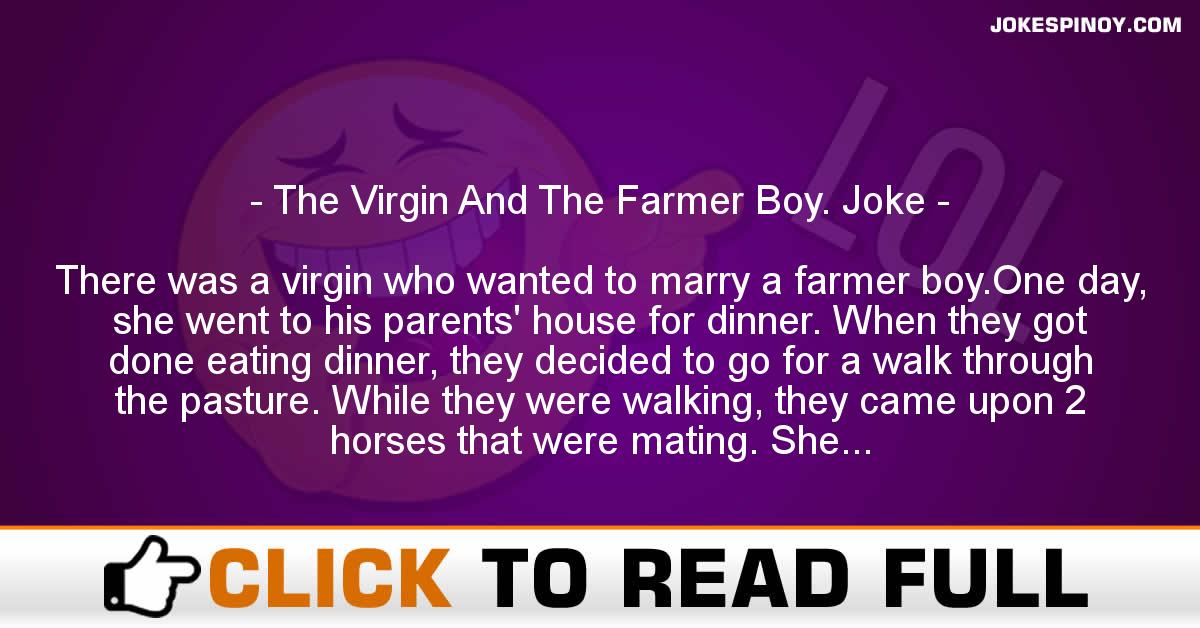 There was a virgin who wanted to marry a farmer boy.One day, she went to his parents’ house for dinner. When they got done eating dinner, they decided to go for a walk through the pasture. While they were walking, they came upon 2 horses that were mating. She looks at them with wonder because she has never seen anything like this before.She asks the boy, “What are they doing?” He says: “They’re making love.””Well, what’s that long thing he’s sticking in there?” She asked. “Oh, uh, that’s his rope,” he answered.”Well, what are those two round things on the other end?” she asked. He says, “Those are his knots.” She says, “Oh, ok, I got it.”As they continue their stroll, they come to a barn and go in. She looks at him and says, “I want you to make love to me the way those animals were.” Surprised and excited, the boy agrees.While they are getting at it all hot and heavy, she grabs his balls and squeezes. “Whoa, what are you doing?!” he shouts.The girl innocently replies, “I’m untying the knots so I’ll get more rope!”