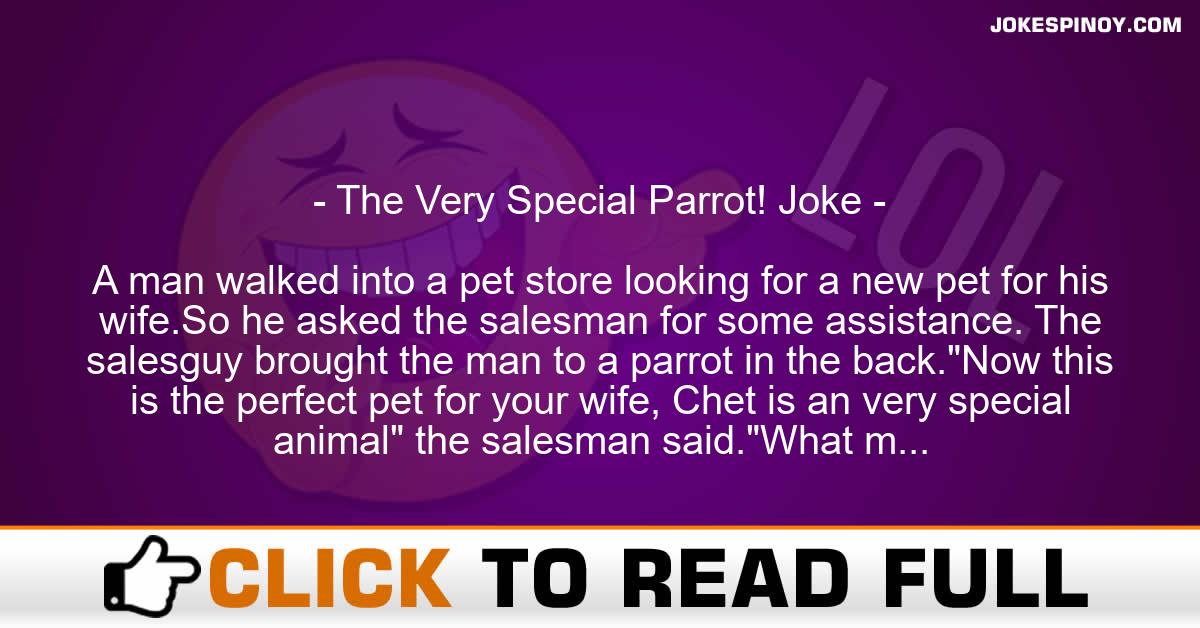 A man walked into a pet store looking for a new pet for his wife.So he asked the salesman for some a*sistance. The salesguy brought the man to a parrot in the back.”Now this is the perfect pet for your wife, Chet is an very special animal” the salesman said.”What makes him so special?” the man asked.The salesman took a lighter from his pocket and held it under the Chet’s right foot, and Chet started to sing “Jingle bells, jingle bells..” and then the salesman held the lighter under is left foot and Chet started to sing “Deck the halls…”So the man asked, “What happens if you hold the lighter between his feet?””Well I don’t know” answered the salesman.So he holds the lighter between the parrot’s legs and instantly Chet began to sing…”Chet’s nuts roasting on an open fire…”