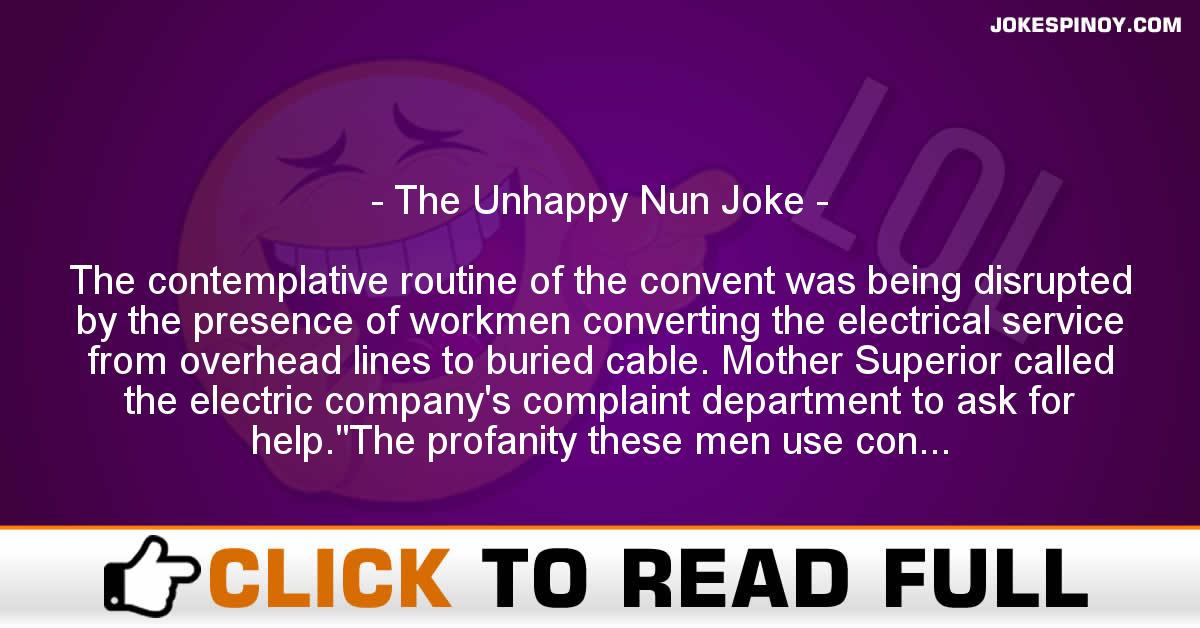 The contemplative routine of the convent was being disrupted by the presence of workmen converting the electrical service from overhead lines to buried cable. Mother Superior called the electric company’s complaint department to ask for help.”The profanity these men use constantly is unsuitable for our community. You must make them stop cursing so much.”, said the nun.”Very well, sister. But you must make allowances for their habits. Even when they are trying to be tactful, they will still tend to call a spade a spade.”, said the company spokeswoman.Mother superior then observed, “I think the term they actually use is ‘f*****g shovel!'”.