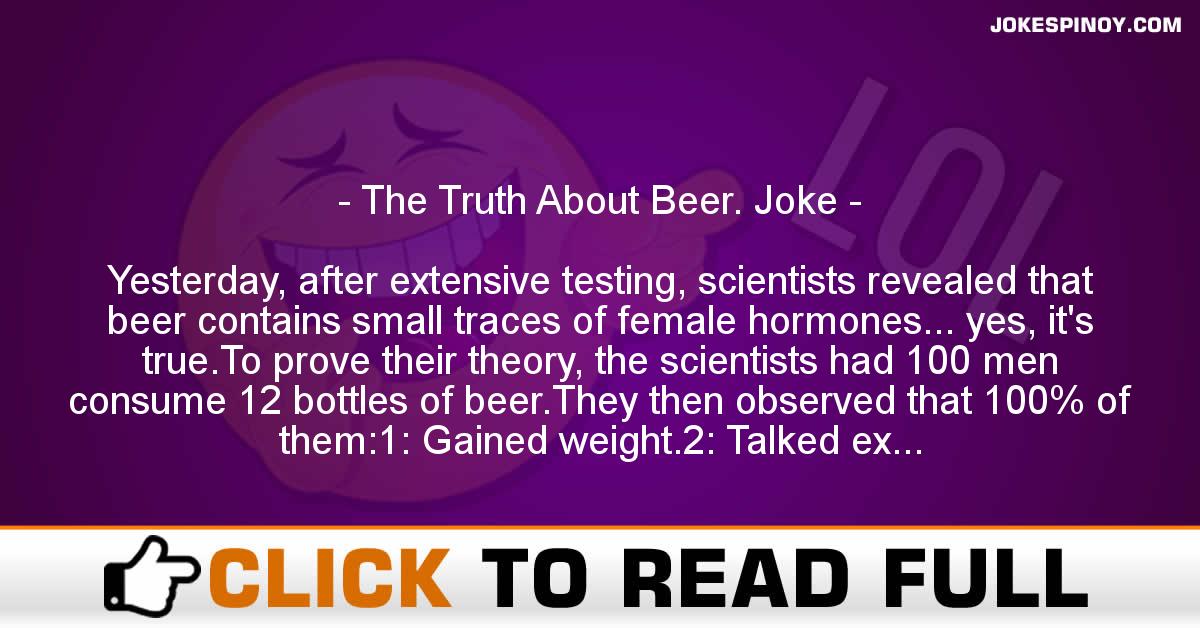 Yesterday, after extensive testing, scientists revealed that beer contains small traces of female hormones… yes, it’s true.To prove their theory, the scientists had 100 men consume 12 bottles of beer.They then observed that 100% of them:1: Gained weight.2: Talked excessively without making sense.3: Became emotional.4: Called home just to see if anyone called.5: Couldn’t drive.6: Went to the bathroom in groups.7: Rearranged the furniture for no apparent reason.No further testing is planned.