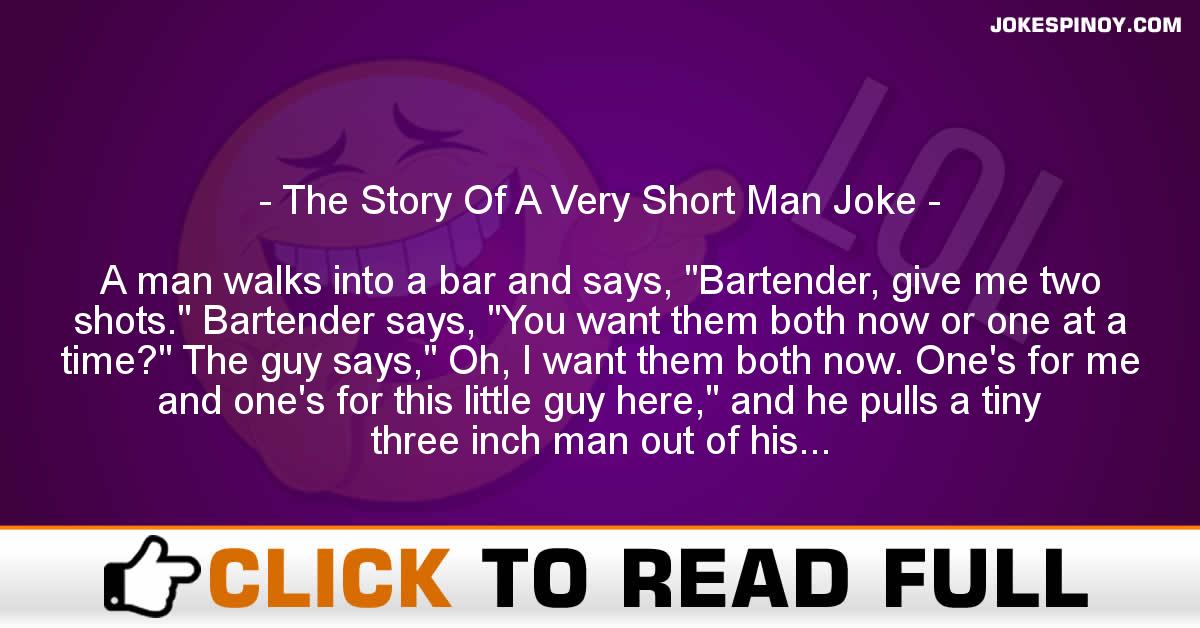 A man walks into a bar and says, “Bartender, give me two shots.” Bartender says, “You want them both now or one at a time?” The guy says,” Oh, I want them both now. One’s for me and one’s for this little guy here,” and he pulls a tiny three inch man out of his pocket.The bartender asks “He can drink?” “Oh, sure. He can drink.” So the bartender pours the shots and sure enough, the little guy drinks it all up. “That’s amazing” says the bartender. “What else can he do, can he walk?” The man flicks a quarter down to the end of the bar and says, “Hey, Jake. Go get that.” The little guy runs down to the end of the bar and picks up the quarter. Then he runs back down and gives it to the man.The bartender is in total shock. “That’s amazing” he says, “what else can he do? Does he talk?” The man says “Sure he talks, hey, Jake, tell him about that time we were in Africa and you made fun of that witch doctor’s powers!”