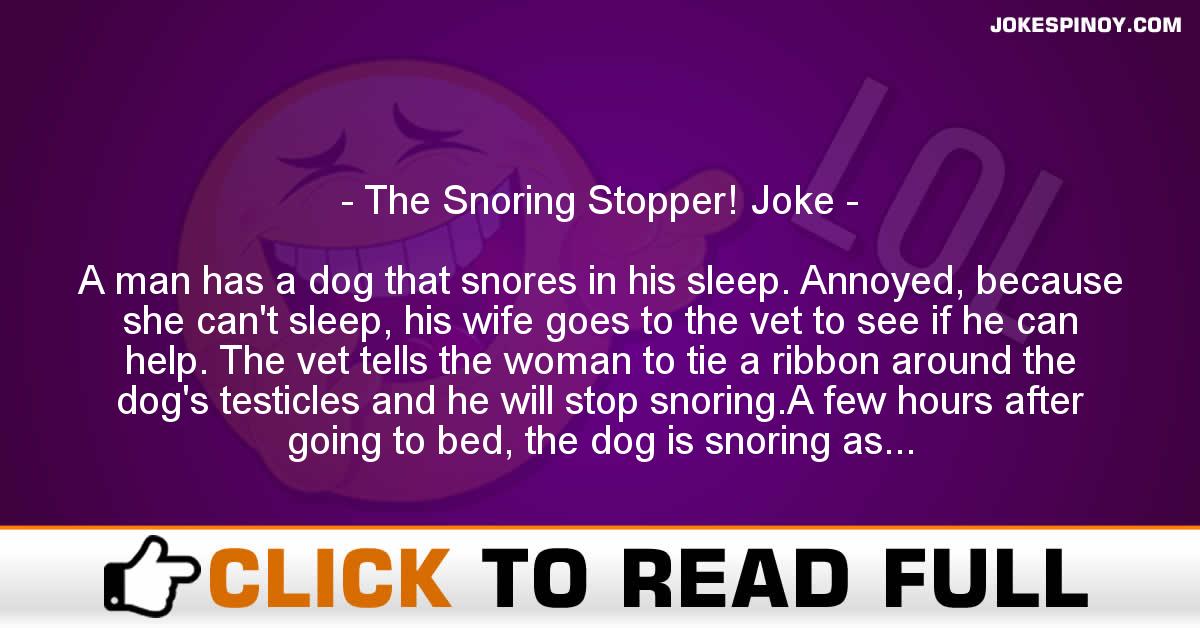 A man has a dog that snores in his sleep. Annoyed, because she can’t sleep, his wife goes to the vet to see if he can help. The vet tells the woman to tie a ribbon around the dog’s testicles and he will stop snoring.A few hours after going to bed, the dog is snoring as usual. Finally, unable to sleep, she goes to the closet and grabs a piece of ribbon and ties it around the dog’s testicles, and sure enough, the dog stops snoring. The woman is amazed!Later that night, her husband returns home drunk from being out with his buddies. He climbs into bed, falls asleep, and begins snoring very loudly. The woman thinks maybe the ribbon will work on him. So she goes to the closet again, grabs a piece of ribbon, and ties it around her husband’s testicles. Amazingly, it also works on him!The woman sleeps very soundly.The next morning, the husband wakes up very hung over.He tumbles into the bathroom to urinate. As he is standing in front of the toilet, he looks in the mirror and sees a blue ribbon attached to his privates.He is very confused, and, as he walks back into the bedroom, he notices a red ribbon attached to his dog’s testicles.He shakes his head, looks down at the dog and says:”Boy, don’t remember where we were or what we did, but, by God, we got first and second place!”