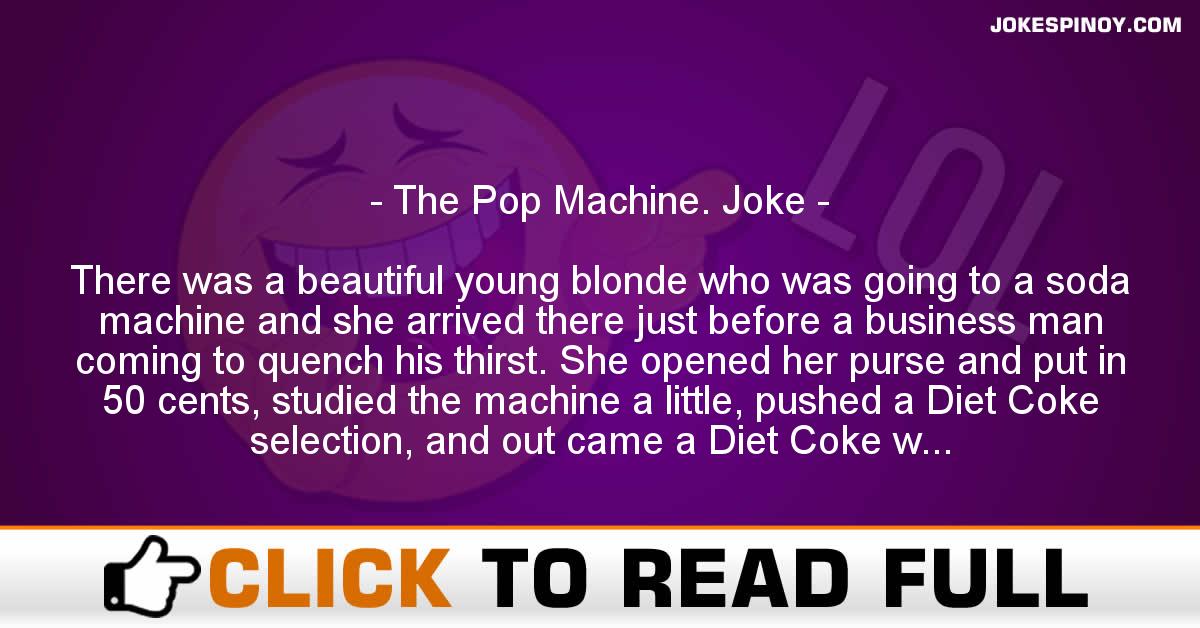 There was a beautiful young blonde who was going to a soda machine and she arrived there just before a business man coming to quench his thirst. She opened her purse and put in 50 cents, studied the machine a little, pushed a Diet Coke selection, and out came a Diet Coke which she placed on a counter by the machine. Then she reached in her purse again and pulled out a dollar and inserted it in the machine. Studying the machine carefully, she pushed the button for Coke Cla*sic and out came a Coke Cla*sic and 50 cents change. She immediately took the 50 cents and put it in the machine, studied it for a moment and pushed the Mountain Dew button. Out came a Mountain Dew. As she was reaching into her purse again, the business man who had been waiting patiently for several minutes now spoke up. “Excuse me Ms. but are you done yet?” She looked at him and indignantly replied: “Well Duhhh!, I’m still winning”