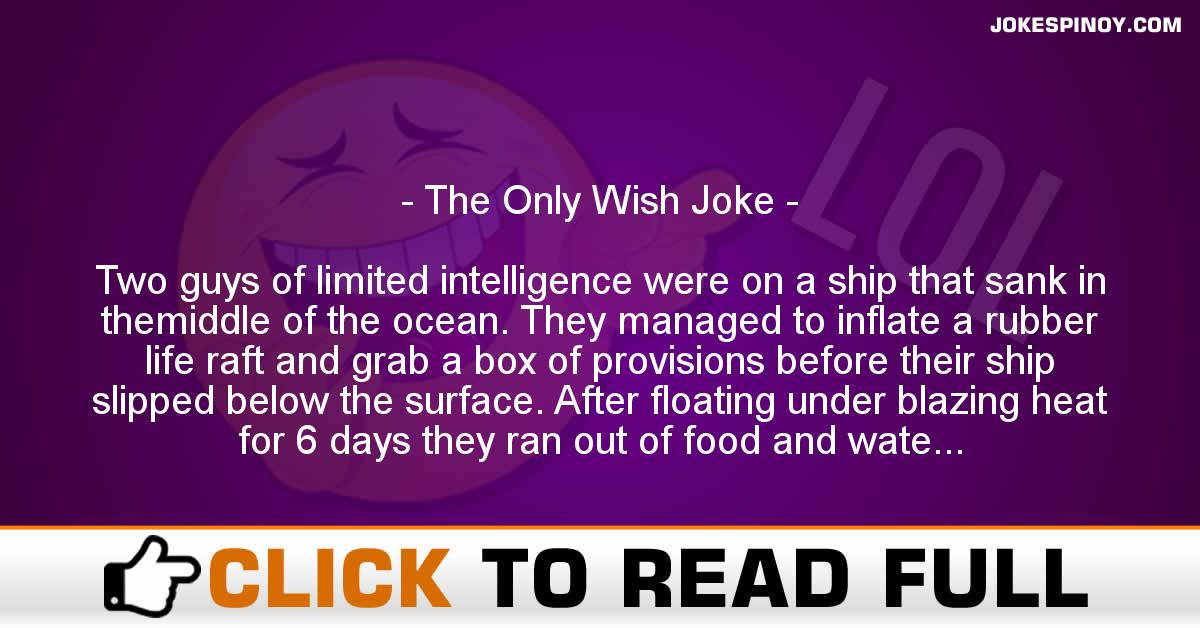 Two guys of limited intelligence were on a ship that sank in themiddle of the ocean. They managed to inflate a rubber life raft and grab a box of provisions before their ship slipped below the surface. After floating under blazing heat for 6 days they ran out of food and water. On the 10th day, bleary eyed and half dead from heat, thirst and starvation, they spotted a small object floating toward them in the water. As it drew near, they were ecstatic to find that it was an oil lamp (the kind the genies come in).They grabbed the lamp and rubbed it. “POOF” out popped a tired oldgenie who said “ok.. so you freed me from this stupid lamp, yadda, yadda, yadda. But hey, I’ve been doing this 3 wishes stuff for a long time now and quite frankly, I’m burned out. You guys get only ONE wish and then I’m OUTTA here. Make it a good one”. The first guy, without hesitation or thought blurted out, “Give us all the beer we can drink for the rest of our lives!!!” “Fine” said the genie, and he instantly turned the entire ocean into beer.”Great move Einstein!” said the second guy, slapping the first guy in the head. “NOW we’re gonna have to piss in the BOAT!”