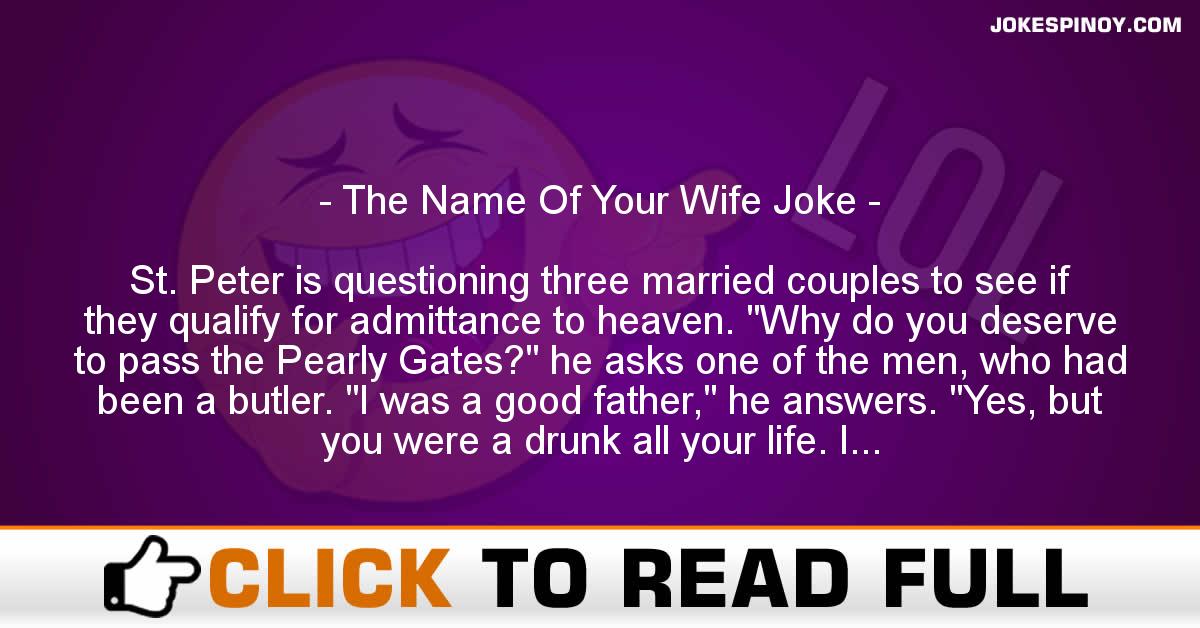 St. Peter is questioning three married couples to see if they qualify for admittance to heaven. “Why do you deserve to pa*s the Pearly Gates?” he asks one of the men, who had been a butler. “I was a good father,” he answers. “Yes, but you were a drunk all your life. In fact, you were so bad you even married a woman named Sherry. No admittance.” St. Peter then turned to the next man, a carpenter, and asked him the same question. The carpenter replied that he had worked hard and taken good care of his family. But St. Peter also rejected him, pointing out that he had been an impossible glutton, so much so that he married a woman named BonBon. At this point the third man, who had been a lawyer, stood up and said, “Come on, Penny, let?s get out of here.”