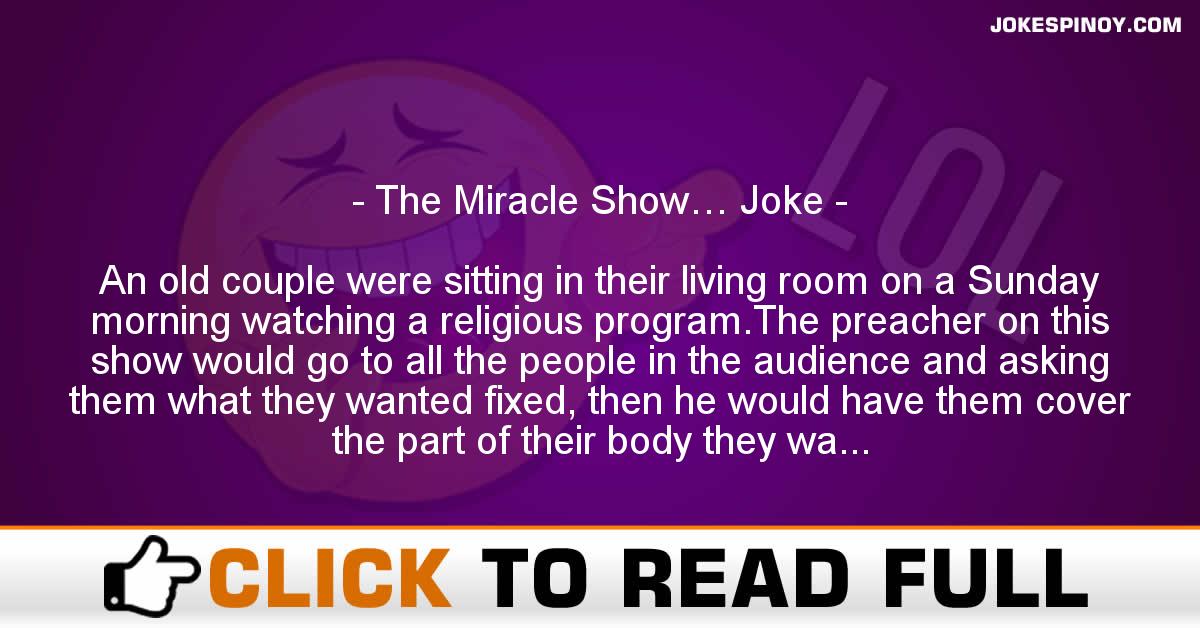 An old couple were sitting in their living room on a Sunday morning watching a religious program.The preacher on this show would go to all the people in the audience and asking them what they wanted fixed, then he would have them cover the part of their body they wanted fixed.Many of the people were elderly so they were covering their eyes and hearts. Then the preacher said “Ok now for you at home put your hand on the part of your body you want fixed and say this prayer with me.”So the little old lady put her hand on her heart, because she had a very bad heart. And the little old man put his hands on his crotch.The little old lady turned to her husband and said “He said he could heal the sick, not raise the dead!”