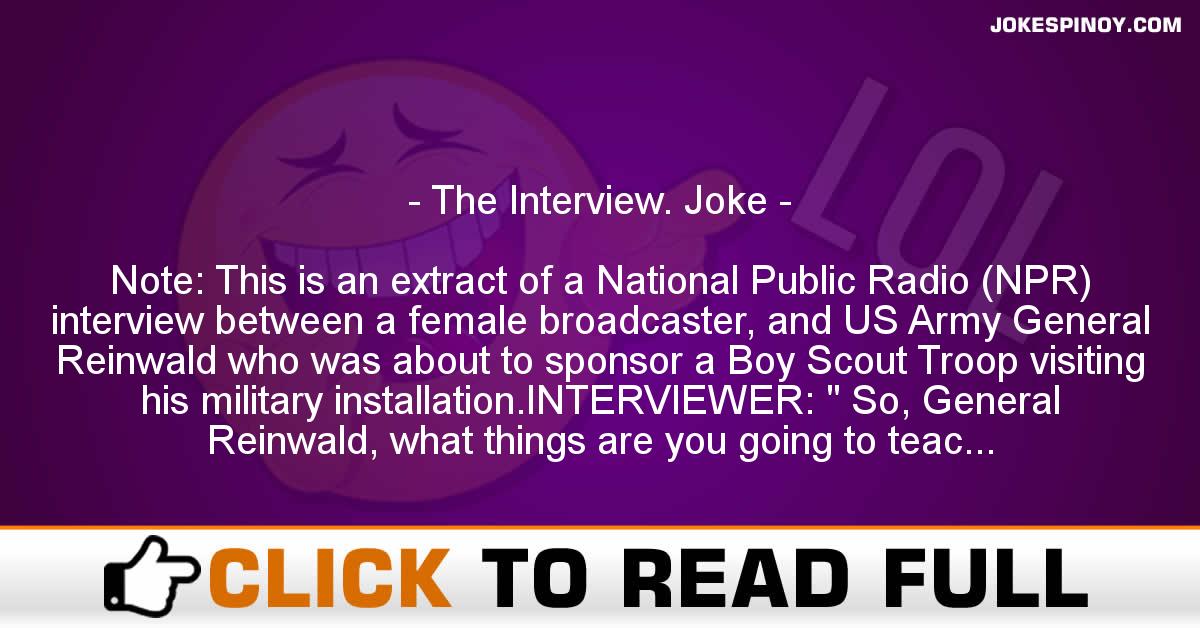 Note: This is an extract of a National Public Radio (NPR) interview between a female broadcaster, and US Army General Reinwald who was about to sponsor a Boy Scout Troop visiting his military installation.INTERVIEWER: ” So, General Reinwald, what things are you going to teach these young boys when they visit your base?”GENERAL REINWALD: We’re going to teach them climbing, canoeing, archery, and shooting.”INTERVIEWER: “Shooting! that’s a bit irresponsible, isn’t it?”GENERAL REINWALD: “I don’t see why, they’ll be properly supervised on the rifle range.”INTERVIEWER: “Don’t you admit that this is a terribly dangerous activity to be teaching children?”GENERAL REINWALD: “I don’t see how, ….we will be teaching them proper rifle discipline before they even touch a firearm.”INTERVIEWER: “But you’re equipping them to become violent killers.”GENERAL REINWALD: “Well, you’re equipped to be a prostitute, but you’re not one, are you?”The radio went silent and the interview ended.