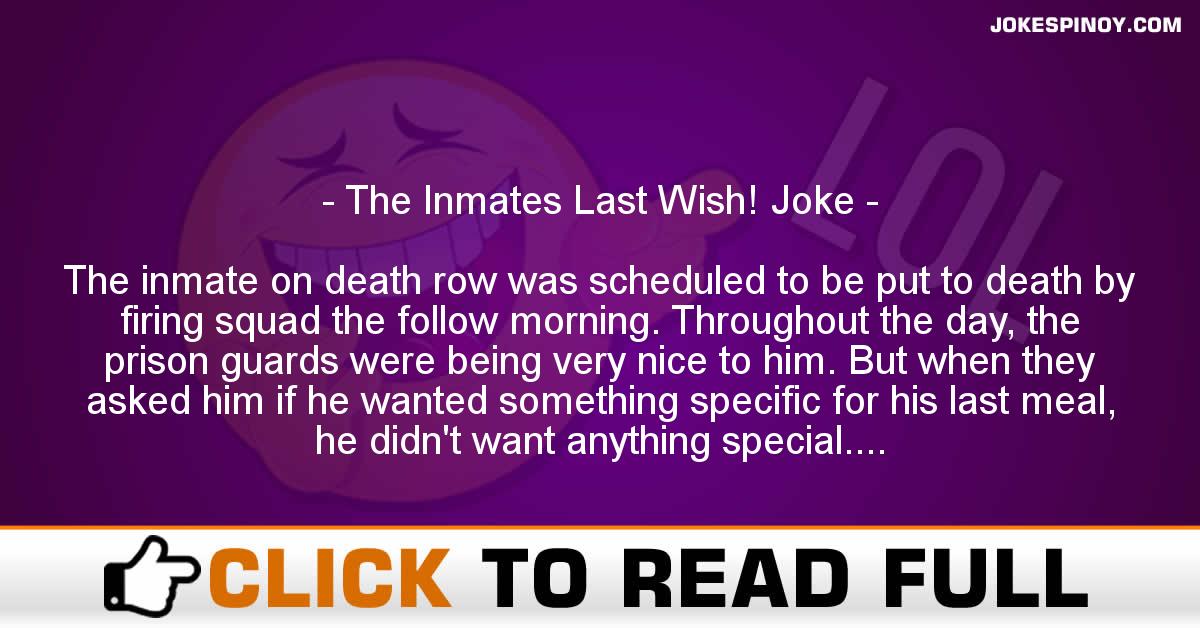 The inmate on death row was scheduled to be put to death by firing squad the follow morning. Throughout the day, the prison guards were being very nice to him. But when they asked him if he wanted something specific for his last meal, he didn’t want anything special. When they asked if there was something special he wanted to do, he said nothing. It went on like this all day.Finally when he was put before the firing squad, the guard asked if he wanted a cigarette and a blindfold.”No,” the inmate said, “just get it over with.””Well, is there anything that I can do for you before you go?” said the guard. “You didn’t even want a special last meal!”The inmate thought. “Actually,” he said, “Music is my life. One thing I would really like would be to sing my favorite song, one whole time through, with no interruptions.”The guard nodded and told him to go ahead.The inmate started singing, “One billion bottles of beer on the wall…”