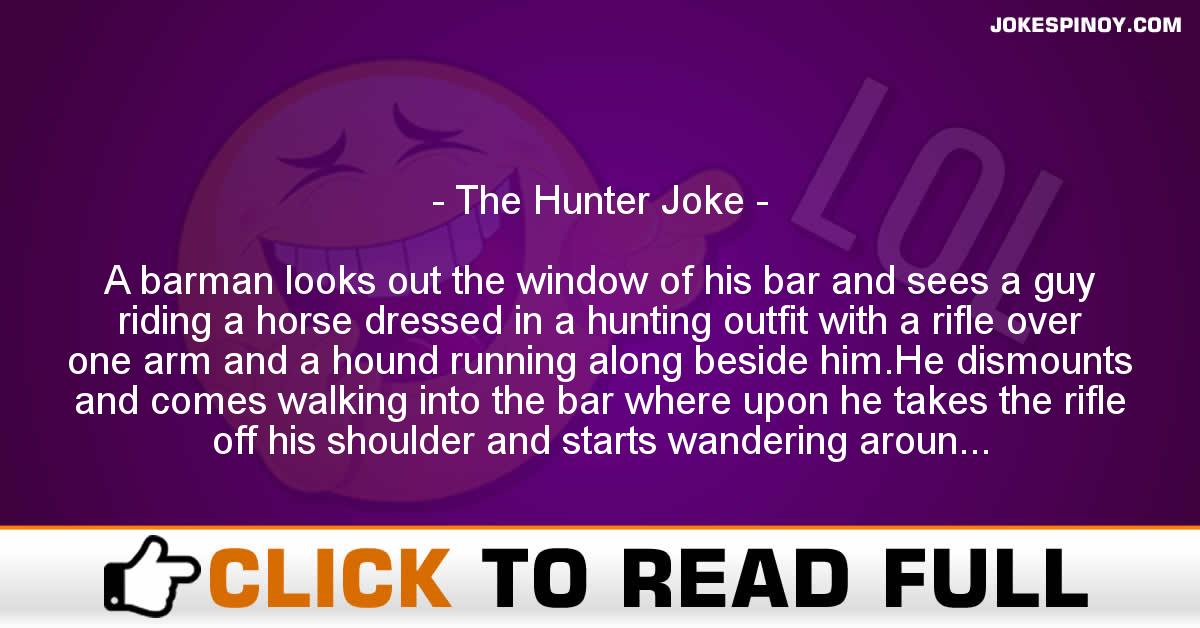 A barman looks out the window of his bar and sees a guy riding a horse dressed in a hunting outfit with a rifle over one arm and a hound running along beside him.He dismounts and comes walking into the bar where upon he takes the rifle off his shoulder and starts wandering around with his dog sniffing ever table, chair and small corner of the bar. After a while he approaches the barman who asks him what he’s doing.And the guy replies – “I’m hunting you idiot… can’t you see that!” “OK, OK…” says the barman, “Would you like a drink while you hunt ?”.Immediately the hunter says, ” Do you have any cheap Gin !!?”.Rather taken a back by the abruptness of his request the barman replies, “No I’m sorry I’m all out of the cheap stuff is there anything else you’d like ? “.”No” says the hunter and he starts to leave.As he reaches the door the barman calls after him, “Btw pal… exactly what do you hunt?”” I hunt for cheap gin you bumbling idiot! Couldn’t you tell that – I’m a BarGIN Hunter!”