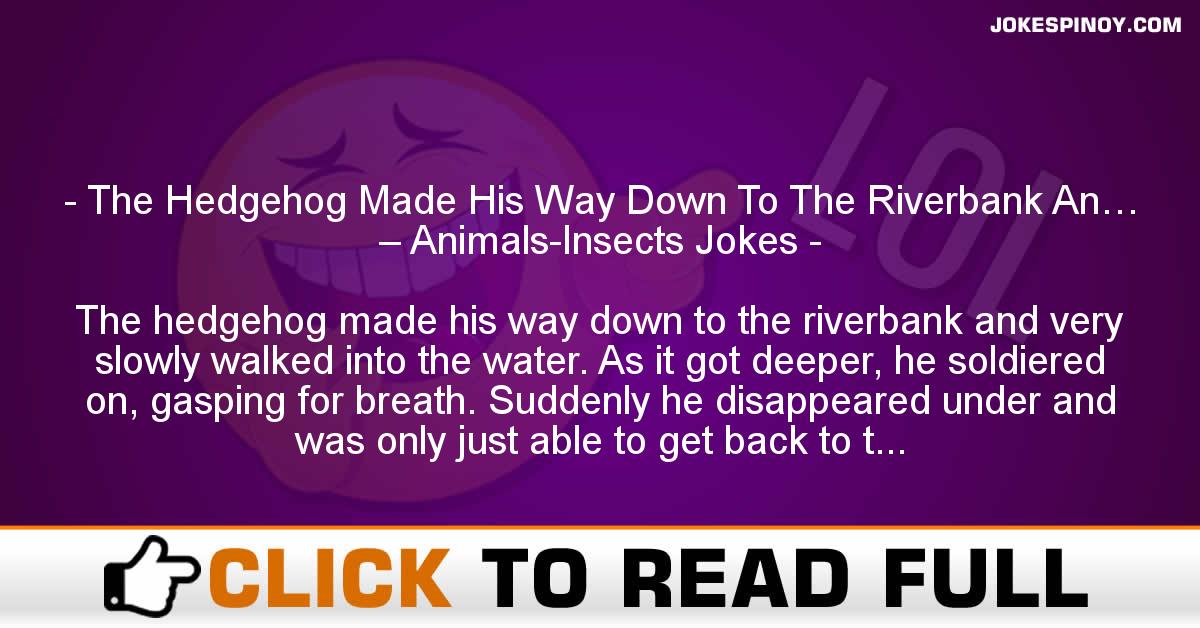 The hedgehog made his way down to the riverbank and very slowly walked into the water. As it got deeper, he soldiered on, gasping for breath. Suddenly he disappeared under and was only just able to get back to the bank.
After resting for 10 minutes, the hedgehog tried again, after going under twice more he managed to get back to dry land before collapsing. This time it took him longer to recover but once he felt fit enough he started back into the water. Two ducks were watching from the other side of the bank and one said to the other,
“Come on George, don’t you think it’s time we told him he was adopted?”