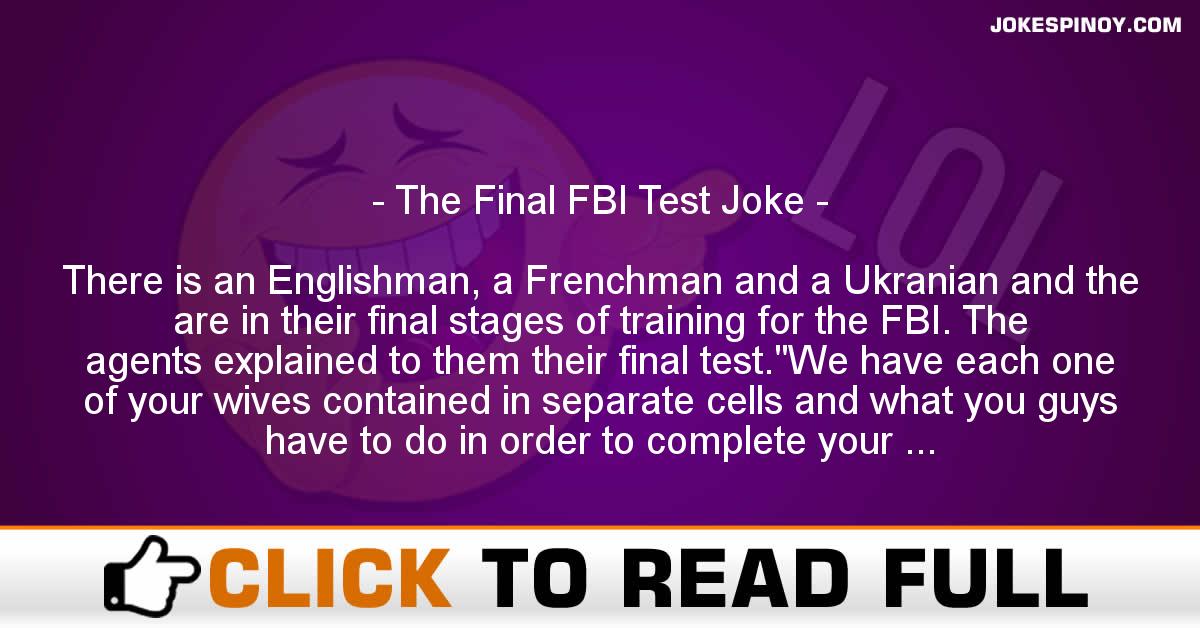 There is an Englishman, a Frenchman and a Ukranian and the are in their final stages of training for the FBI. The agents explained to them their final test.”We have each one of your wives contained in separate cells and what you guys have to do in order to complete your FBI training is you have to prove your loyalty. You must grab that gun and go into your wifes cell and kill her.”The englishman grabbed the gun. “Man I hate that bitch. She is going to get it good.” He walked off into the cell and was in there for about a minute. There was just silence. He came out crying, “We’ve been maried too long. I just cant do it.” So he was booted out.The frenchman grabbed the gun. “If I must, I must.” He went into his wifes cell for about a minute and there was silence. He came walking out crying, “I love her too much. I just can’t do it.” So he was booted out.So the ukranian grabbed the gun and stormed into his wifes cell. “That f*****g bitch is really going to get it.” Gun shots went off until there was no more shots left. He was still in the room and all of a sudden, there was banging and scrapping and crashing and then silence. The ukranian came out with cuts and briuses all over his face.The agent asked, “What the hell happened in there?”The Ukranian replied, “Some f****r put blanks in the gun so I had to strangle the bitch!”