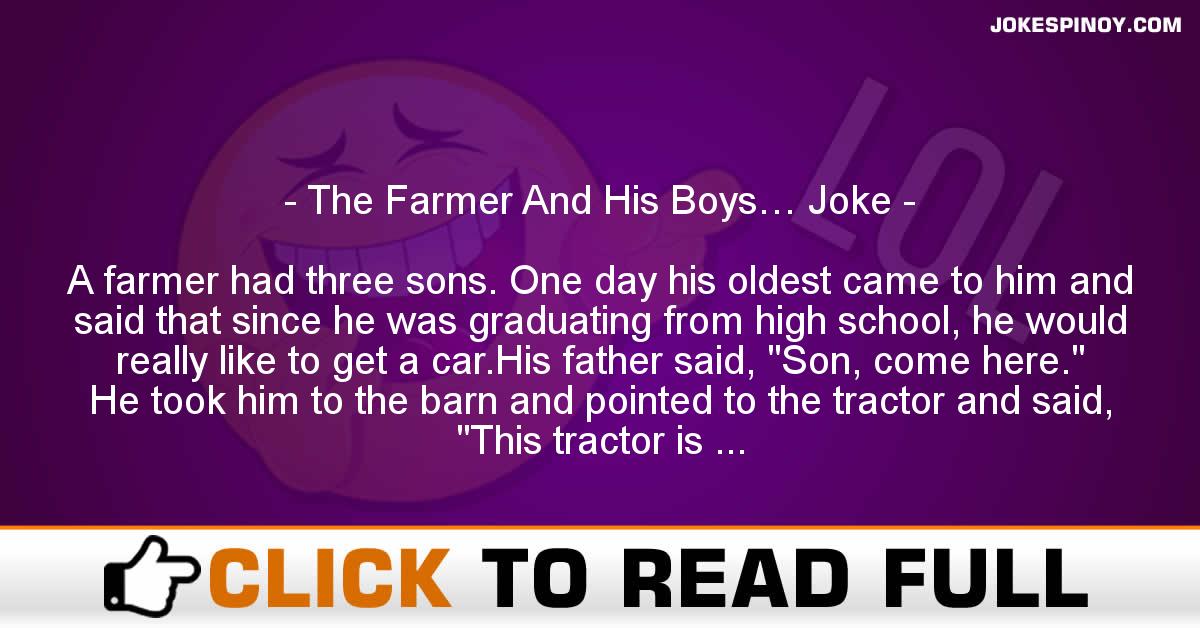 A farmer had three sons. One day his oldest came to him and said that since he was graduating from high school, he would really like to get a car.His father said, “Son, come here.” He took him to the barn and pointed to the tractor and said, “This tractor is needed for the farm and I promise, as soon as it’s paid for, we’ll get you a car”.The boy was not too happy, but was understanding.A week later, his second son approached him wanting a motorcycle.”Well”, the father said, “as soon as the tractor is paid for we’ll see about getting you your scooter.”Shortly after, his youngest was bugging him for a bike.Again, the father gave him the lecture about the tractor needing to be paid off first.While leaving the barn, the young boy, a little disgusted with his father’s explanation, saw the farm rooster doing it’s rooster duty with one of the hens. He promptly went over and kicked the rooster off the hen’s back, mumbling to himself.His dad asked, “Son, now why would you do something like that?He didn’t do anything to deserve that.”The third son replied, “Hey, nobody around here rides anything until that tractor gets paid off!”